Appleton vs Hohmann for World 14.1 Title

One of these men will have their names etched in history as the 75th World 14.1 Champion 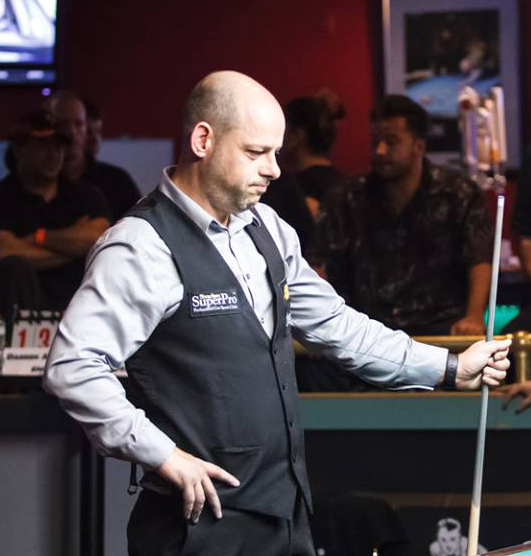 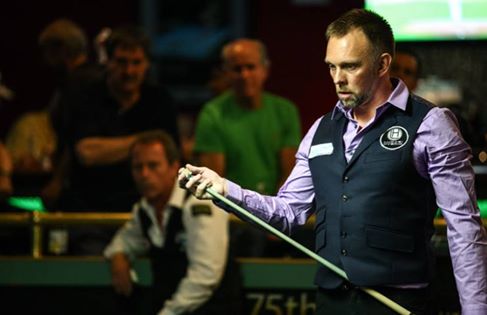 New York City, NY – In a re-match of 2013, the two best players this year are UK’s Darren Appleton and Germany’s Thorsten Hohmann. Appleton has gone undefeated once more making it a 20 match winning streak from last year. Hohmann had one loss in the round robin but has stormed back with huge runs over big names at the Andy Cloth 75th World Tournament of 14.1 . A who’s who of world class players were in attendance to etch their name into history’s elite of the father of all pool games. Darren Appleton, Thorsten Hohmann, Stephan Cohen, Shane Van Boening, Johnny Archer, Earl Strickland, Mika Immonen, Tony Robles and many, many more have participated all week. The main event took place once more in New York City. Dragon Promotions is pleased to keep the oldest billiard event in the world alive with the 75th production on July 13th-19th, 2015. As usual, a star studded field is expected this year at Steinway Billiards Cafe, who is once more hosting this world class event. The World Tournament Official Equipment include Viking Cue with all matches played on Andy Cloth. Event partners include Mr.Tom Gleich, Dr. Gregory Diehl, Mr. Greg Hunt of Amsterdam Billiards, & Mr. Jim Gottier of Greenleaf’s Pool Room. Patron sponsors include Mr. Harold Siegel of Excelsior Graphics, Dr. James Heller, Mr. Charles Eames of Charles Eames Photography, Frank Scharbach of Frank’s Billard Cafe, Focused Apparel and the National Amateur Pool League.

Complete group schedule at www.worldstraightpool.com for all matches. Tickets to watch live in person sold on site.

In the first semi-finals, Appleton finally felt some pressure when he was not able to convert any big runs during the match such as he had done against Immonen the night before. Fortunately, Kiamco also struggled. This created a very lengthy match which resulted in a slug fest which saw Appleton succeed by willpower once more in a 200-116 win.

In the next semi-finals, Reiner Wirsbitzki had the daunting task of attempting to unseat fellow German Hohmann in his best game. Hohmann had crushed Orcullo and Strickland by a total of 400 balls to 107, with a 100 plus run in each match. Though Reiner jumped to a slight lead early on, Hohmann wasted no time in another 100 ball run and eventually closed out the match in 3 innings for a 200-80 wallop.

Appleton has now made it to three consecutive finals of the World 14.1, a feat no one has done this millennium and several decades. Hohmann has made this an unprecedented 4th trip to the finals.

No player has won consecutive World 14.1 titles since the early 1980’s by Steve Mizerak. Appleton has the chance to be the first ever non-American repeat champion. And he has not lost a match in the event since the 2013 finals lost to Hohmann.

On the other hand, Hohmann has never been beaten in the finals of the World 14.1.

One way or another, history will be broken today.

Strickland could only watch helplessly in Hohmann’s merciless 2 inning stampede to 200 in the quarter-finals. Appleton and Kiamco were both stymied in their match.

Each of the three players will have to play 6 matches each in the first stage of the championship. If they qualify in their respective groups, they advance to a double elimination knockout stage. If they advance again, they qualify for the final stage of 16 players in a single knockout stage, but with longer match races. The finals will be a race to 300 balls made first, which could take as long as 6 hours.

DAY 3  Van Boening continues to prove his mastery of pool in all disciplines, including the Father of all Games, 14.1 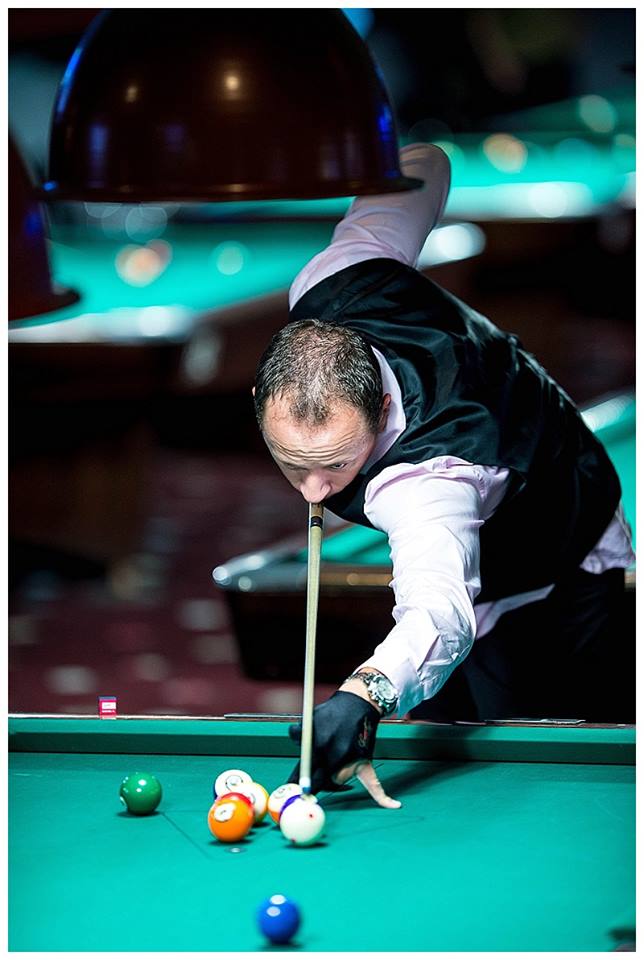 New York City, NY –  The excitement lasted all day on Day 3 conclusion of the round roin with more than half the field eliminated at the Andy Cloth 75th World Tournament of 14.1 . Van Boening once again dominated his group as he did last year, including lopsided wins over Harriman, Fulcher, and Hernandez. Other players also went undefeated, but couldn’t match Shane’s stat of holding all 6 opponents to 111 balls total. A who’s who of world class players are in attendance to etch their name into history’s elite of the father of all pool games. Darren Appleton, Thorsten Hohmann, Stephan Cohen, Shane Van Boening, Johnny Archer, Earl Strickland, Mika Immonen, Tony Robles and many, many more. The main event will take place once more in New York City.