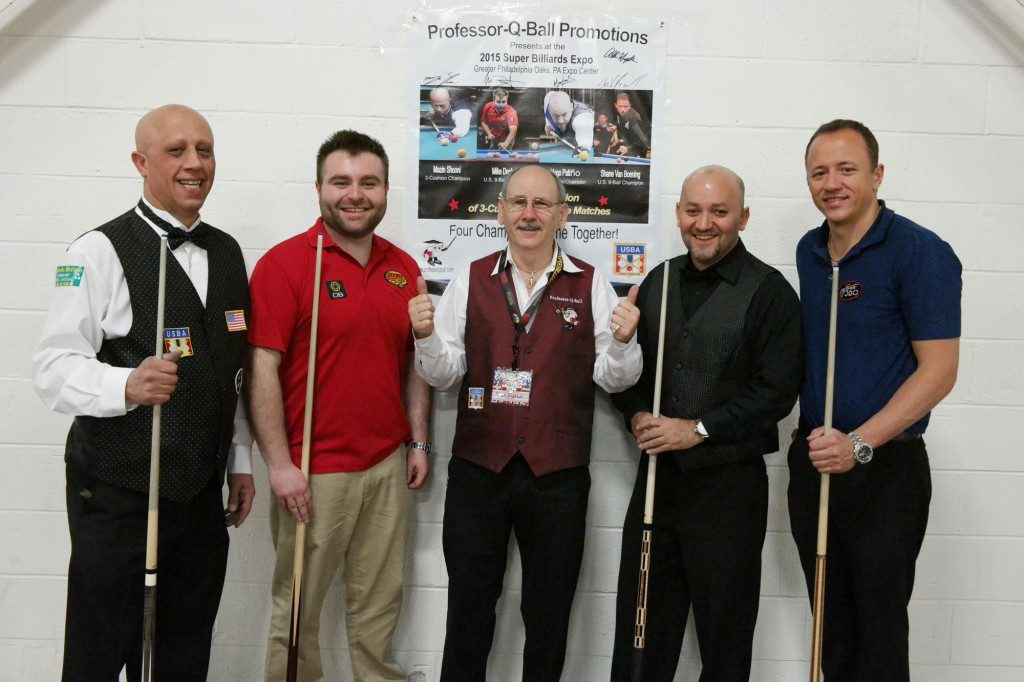 Professor-Q-Ball Promotions held a special exhibition at the SBE featuring a team competition in 3-cushion billiards.  The turnout to watch the match was great with standing room only, fans were three to four people deep.

The format was Scotch doubles (alternating shots) in a race to 30 pts. The match was close with neither team having a clear advantage in the early part of the match. The score seesawed back and forth until tied at 20pts all. Then Dechaine and Shooni started to pull away winning the match with a final score of 30-23. 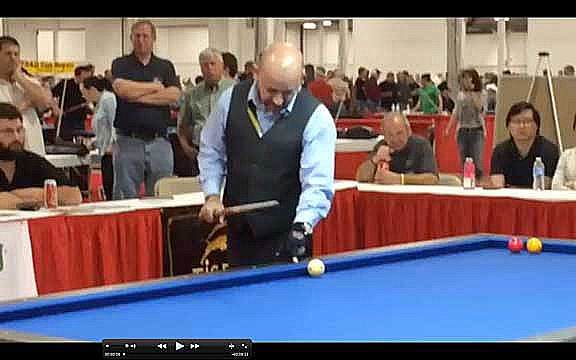