March 24, 2015 (Denver, CO): Let me start off saying what a great bunch of young pool players. Not only did they show off some excellent sportsmanship, but showed off some really great talent. There were many young guns coming for sure. We’d like to thank the sponsors of the event, Joe Tucker ( joetucker.net) , CDX Supershaft, Bullseye Billiards, Break Time Billiards, PhatGuy Sports Bar & Grill, and last but not least the APA10KChallenge for hosting the event.

It was Zach Lafferty 16 , from East Alton, IL. Tearing through the competition and going undefeated through the tournament to take first place and earning a spot in the BEF Junior National 9-Ball Championships in Las Vegas. Second place finisher goes to Kindra Hurlbert from Northfield, Minnesota losing her first match to Zach and fighting her way back through the one loss side to face off again against Zach. Third place going to Morrisville, IN own Tommy Barnes. Topping off the top 4 is Colton Adams from Cerro Gordo, IL his first high level tournament and played well.

In the 14 and under division and some of the toughest youngsters to play the game, was Joey Brush out of Terre Haute, IN also going through the tournament undefeated and winning the spot to BEF Junior 9-Ball Nationals in Las Vegas. It was Riley Adkins son of the infamous Dee Adkins in Columbus, OH taking second place who has only been playing for about 4 months losing to Joey early on in the tournament and fighting his way back through the competition to get another chance at Joey. It was a David vs Goliath match (see photo). Third going to Kaleb Everly and fourth going to Quintin Scott.

The tournament ran smoothly and again some of the best sportsmanship I have seen. It was my first time running the event and believe it was a huge success. Can’t wait until next year. We’d like to give a shout out to Samm Diep, Executive Director at the BEF for building up this sport we all love for are youth. 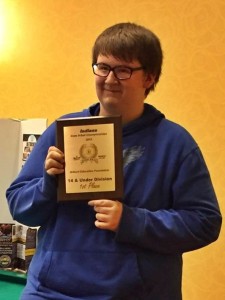 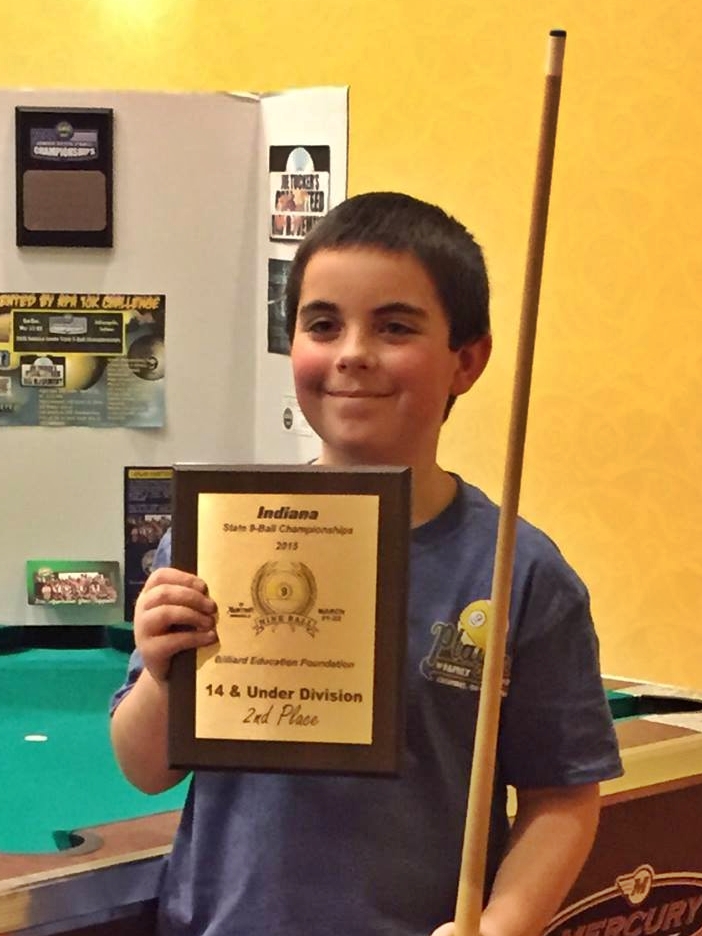 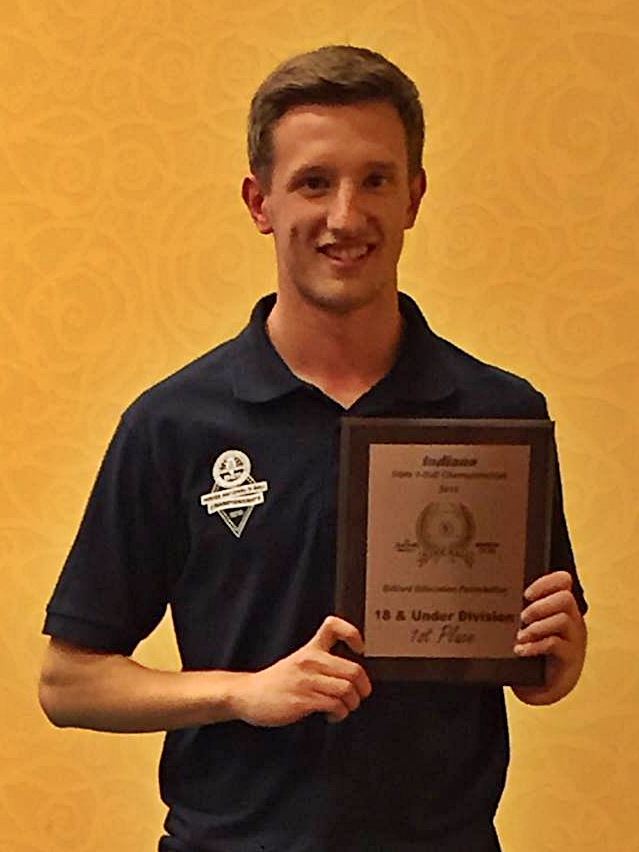 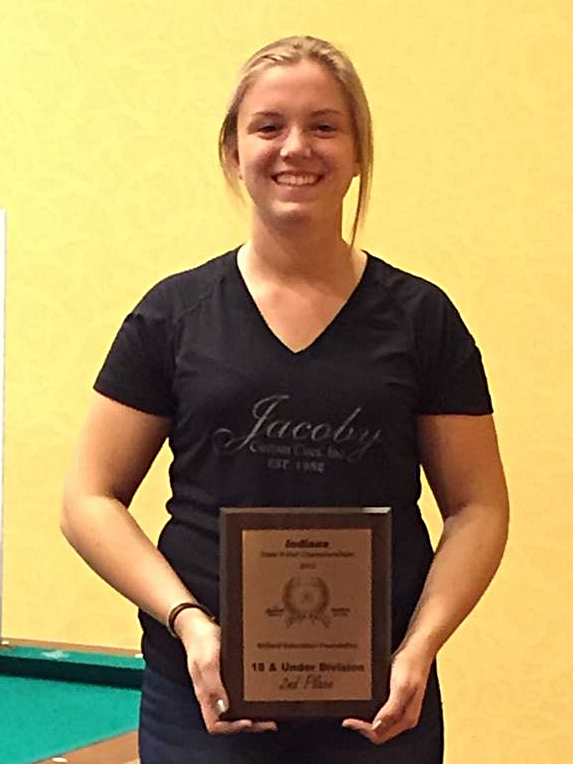 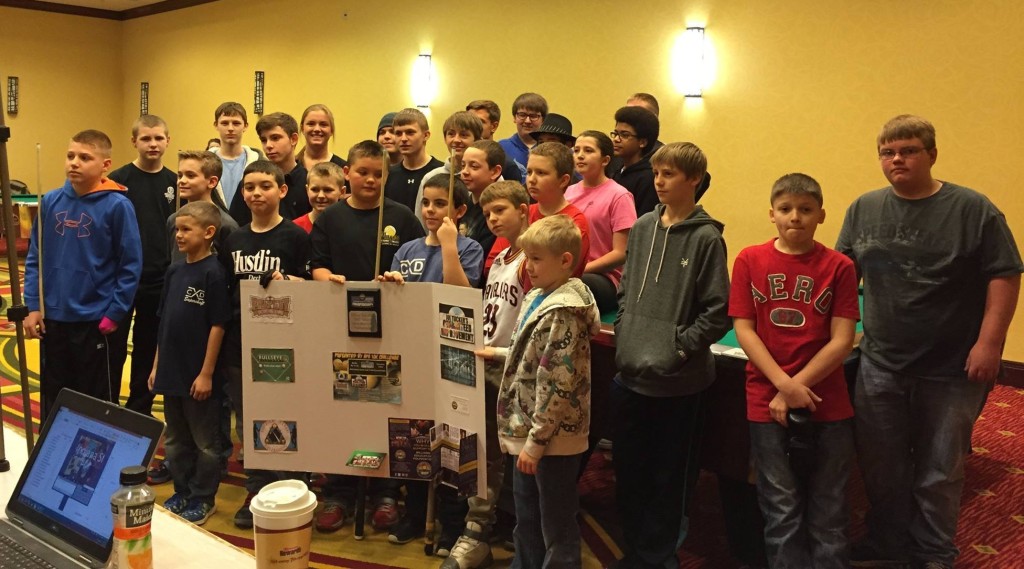 The BEF was formed in 1993 as a 501(c)(3) nonprofit charity committed to promoting a lifelong love of pool and building the next generation of players through youth programs and academic scholarships. Visit billiardeducation.org or call (303) 926-1039 to learn more about junior billiard programs in your area.