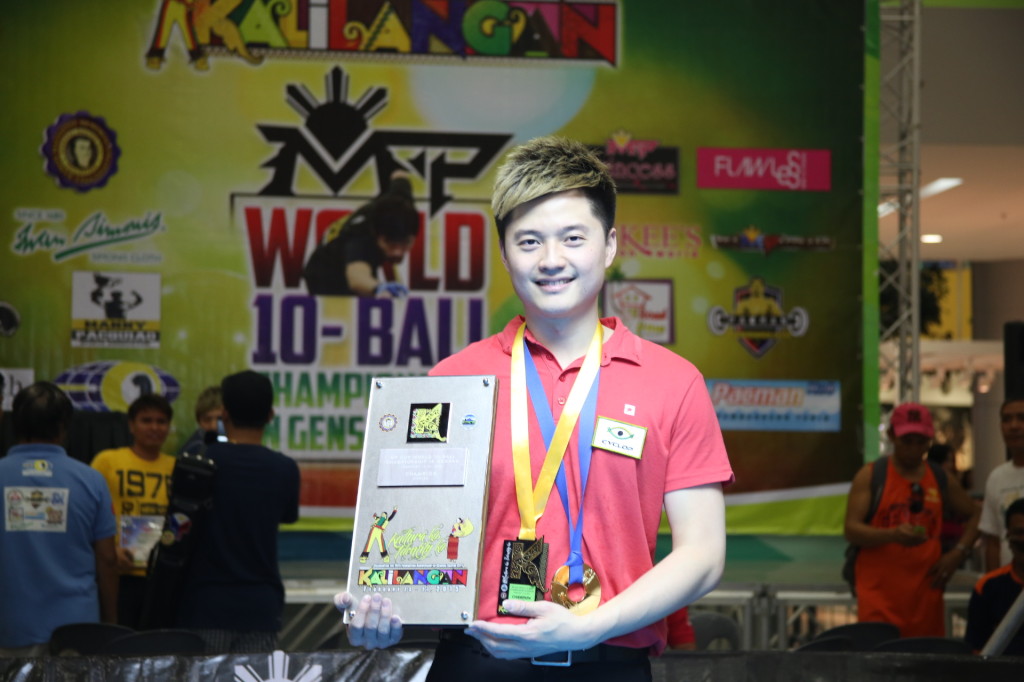 Ko Pin Yi, who twice in the mid-2000’s won the World Junior championship, today fulfilled the dream that everyone in the pool world knew was just a matter of time, capturing his first world title, the 2015 World 10-ball Championship, with a hard fought and dramatic 11-9 win over the Philippines Carlo Biado.

A pool prodigy since his mid-teens, the 25 year old Taiwanese star has finally conquered the very best of the pool world, and now that he has his first world crown, nobody is in any doubt that he will soon grab plenty more. All week at the SM City mall in the southern Philippine city of General Santos, Ko displayed his amazing skills, combined with the kind of bottle and nerve reserved only for the greats. In the final against Biado, Ko spent the first half of the match putting on a pool masterclass. But when the Filipino mounted a furious fight back, Ko sucked up the almost unbearable pressure and fended off his surging opponent in a dramatic conclusion to finally reach the mountain top.

For Biado, despite the disappointment of coming so close to glory, his showing throughout the week, and especially in the final, showed that this 31 year old Filipino has clearly arrived in the circle of pool’s elite. On the verge of being routed by Ko, Biado pulled up his boot straps and nearly pulled off what would have been one of championship pool’s greatest ever comebacks. Biado keeps getting better with every passing year, and pool fans now know it’s only a matter of time before he too wins a world crown. 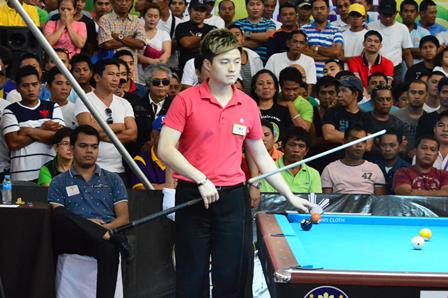 Both Ko and Biado began what would be a back breaking day for both of them in the quarterfinals which lagged off at 10:30am.  Biado seemed to have the harder route, first outclassing China’s tough Liu Haitao in the quarters, 11 – 7, then routing David Alcaide in the semi-finals, 11-2. Biado’s semis performance was nothing short of electrifying and he looked primed for prime time as, up until that moment, Alcaide had been surging through the field.

Ko, who was clearly in top form all week, outlasted Taiwanese veteran Yang Ching Shun in the quarterfinals, 11 – 7. In his next match, however, he came up against his very own younger brother, Ping Yi, the 19 year old prodigy who had just routed Filipino veteran Warren Kiamco 11 -3 in the quarter final.

The all-Ko semi-final was a complete anti-climax as the elder Ko waltzed to victory, 11 – 2, in a match where the younger sibling didn’t really seem to care. No matter really as the matchup between Ko Pin Yi and Biado represented a potential classic showdown. Here were two of pool’s finest young talents, both in search of their first world title, about to do battle for one of the sport’s biggest prizes.

The alternate break final began at 4pm in front of a huge pro-Biado crowd, who were packed not just around the small TV table arena but also all over the upper floors of the busy mall.

Ko didn’t waste any time getting loose as he spent the first few racks putting on a show. The Taiwanese played amazing pool, taking on and making  long, tough pots, executing clever finesse shots, completing difficult clears and showing that he has pool’s best break shot by consistently parking the cue ball dead in the center of the table. In just about 20 minutes, Ko led 4 – 0.

Ko seemed impervious to any fight back, though, and when Biado made several mistakes in the next three racks, Ko simply pounced and soon led 8 -2. Then in rack 11, the Taiwanese potted a highly difficult full table bank on the three, all the while screwing the cue back in position for the 4-ball at the opposite end of the table and a quick clear. Up 9-2 and just two away from the world title, it was clear fans were watching a true master in action. 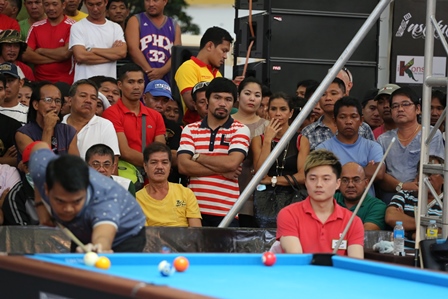 The next rack featured one of those seemingly innocuous moments that happens in many matches where the pool gods decide one player has had enough good fortune for the day. With just four easy balls left on the table, and a world title all but penciled in, Ko lost his concentration and missed an easy cut shot on the green 6-ball. He quickly lost the rack and the entire momentum.

Imbued with a new lease on life, Biado began the fight back. He broke and ran to make it 9-4. Ko scratched on the next break and Biado freewheeled the clear to cut the lead to 9-5. Biado then sank four balls on the break and soon trailed by just three. In the next rack Biado potted a long jump and ran the colors to make the score 9-7. When Biado broke and ran the next rack to move within one, Ko looked like he had a family of overweight gorillas sitting squarely on his back.

At this point the pressure in the arena, and specifically on Ko, seemed unbearable. Ko was visibly shaken and had to stand back several times before he could even execute the break shot. The Taiwanese, though, sank three balls on the break and held his nerve with a highly difficult clear to move within one of victory.

Ko then looked to have the title in hand after a dry break from Biado.  But again Ko stumbled on a makeable 6-ball, and as the crowd gasped in delight, Biado stepped in to make the score 10-9.

Looking like he was barely able to hold the cue, Ko stood up gave it one last go. This time he proved his championship credentials by  potting four balls on the break. Still shaky, Ko settled himself and carefully picked off the remaining balls to win his first ever world championship.

Afterwards a beaming Ko admitted he had let his concentration lapse. But he also said that the dramatic finish gave him a much bigger sense of accomplishment.

“This is my first time being a world champion so of course I’m very very happy,” Ko said through an interpreter. “When I was up 9-2 I was thinking that I was going to win so I just relaxed. That was my mistake. When the score became 9-5, that’s when I really started to feel the pressure. For the next few racks he kept winning and I had to tell myself to calm down. I took some deep breaths and just tried to relax. I made a few very difficult shots near the end so I’m very happy with the result and that I was able to pull through. I think it’s actually better this way. Of course I would have liked to win 11 – 2, but to be under that kind of pressure and to still win, that make it much better.” 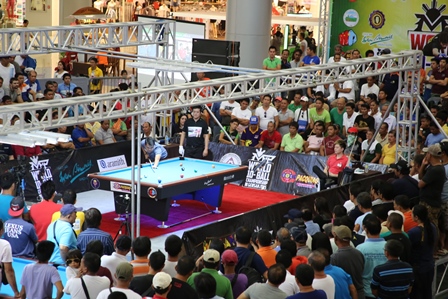 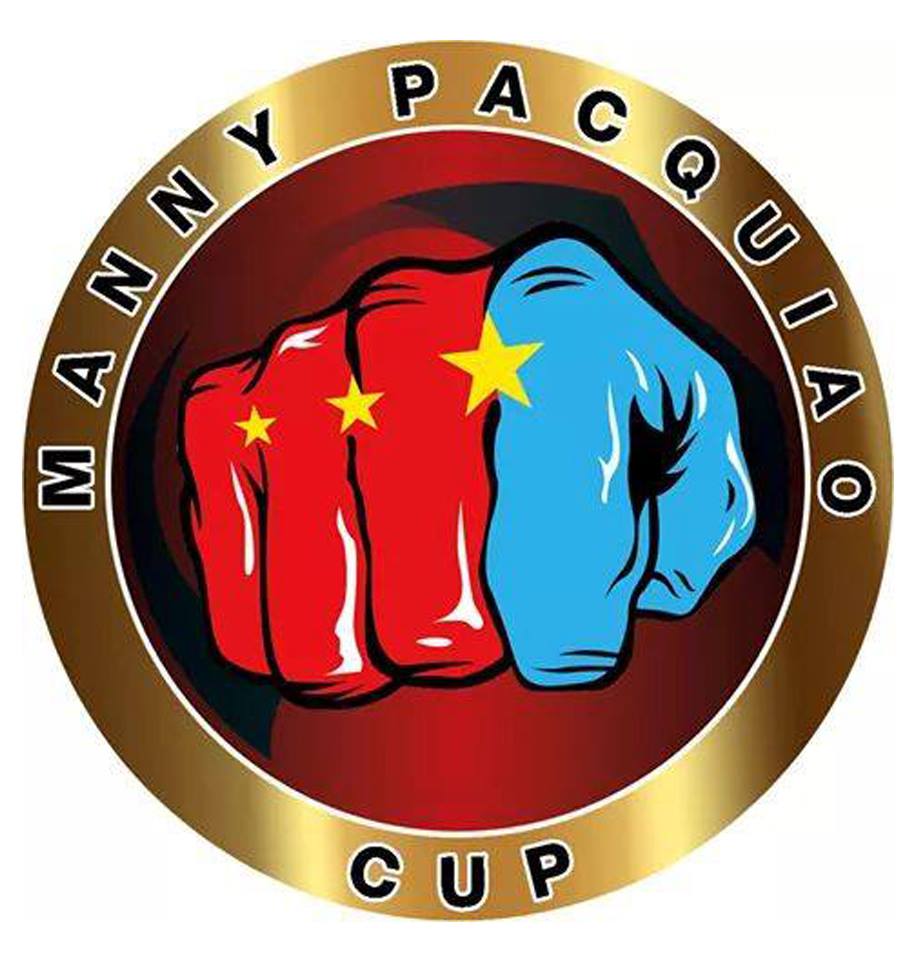 For Biado, the narrow loss in a world championship final left the Filipino visibly dazed. But he took comfort in the fact that his epic fight back in front of his fellow Filipinos clearly left a lasting impression.

“It’s OK that I lost but I’m happy that I played really well in the second half of the match. In the first half my break was bad. I was a bit tired because this was my third match of the day. When I was down 9-2 I thought I had no chance but then when he missed the 3-ball, I thought to myself that maybe I still have a chance and I can come back. When the score was 9-5 I really felt that he was the one under pressure. Then when I made it 9-7, I knew he was really under pressure at that time. Then he missed the 6-ball and I got that rack to make it 9-8 and I said to myself, ‘maybe this time I can get this.'” But you know Ko Pin Yi is the best player in Taiwan. You can’t ever underestimate him.

“It’s OK, that’s part of the game. This was a great experience for me. This was my first time to play in the finals of a world championship and the crowd here they know that I fought my heart out and tried my best. So I’m’ just happy and proud that I was able to make that comeback and show them what I got.”

**The 2015 MP Cup World 10-ball Championship took place at the SM Mall in General Santos City, Philippines   from February 15-21 and was sanctioned by the World Pool & Billiard Association(WPA), the world governing body of pool and sponsored by boxing legend Manny Pacquiao.