LAKE SAINT LOUIS, MO (Dec. 1, 2014) – The U.S. Amateur Championship returned to the tropical climate of the Tampa Bay area in early November.  For five straight days, the nation’s top players battled it out at Stroker’s – Palm Harbor, Fla., for their place in U.S. Amateur Championship history. More than 2,400 players attempted to qualify for this year’s event, with 32 women and 128 men advancing to the championship round.  The tournament field included a strong mix of U.S Amateur Championship veterans and a talented pool of newcomers vying for amateur pool’s most prestigious title.

In the finals of the Women’s Division, Tammie Jones of Muncie, Ind., defeated Asia Cycak of Raleigh, N.C., 9-4 in a rematch of the 2012 finals. 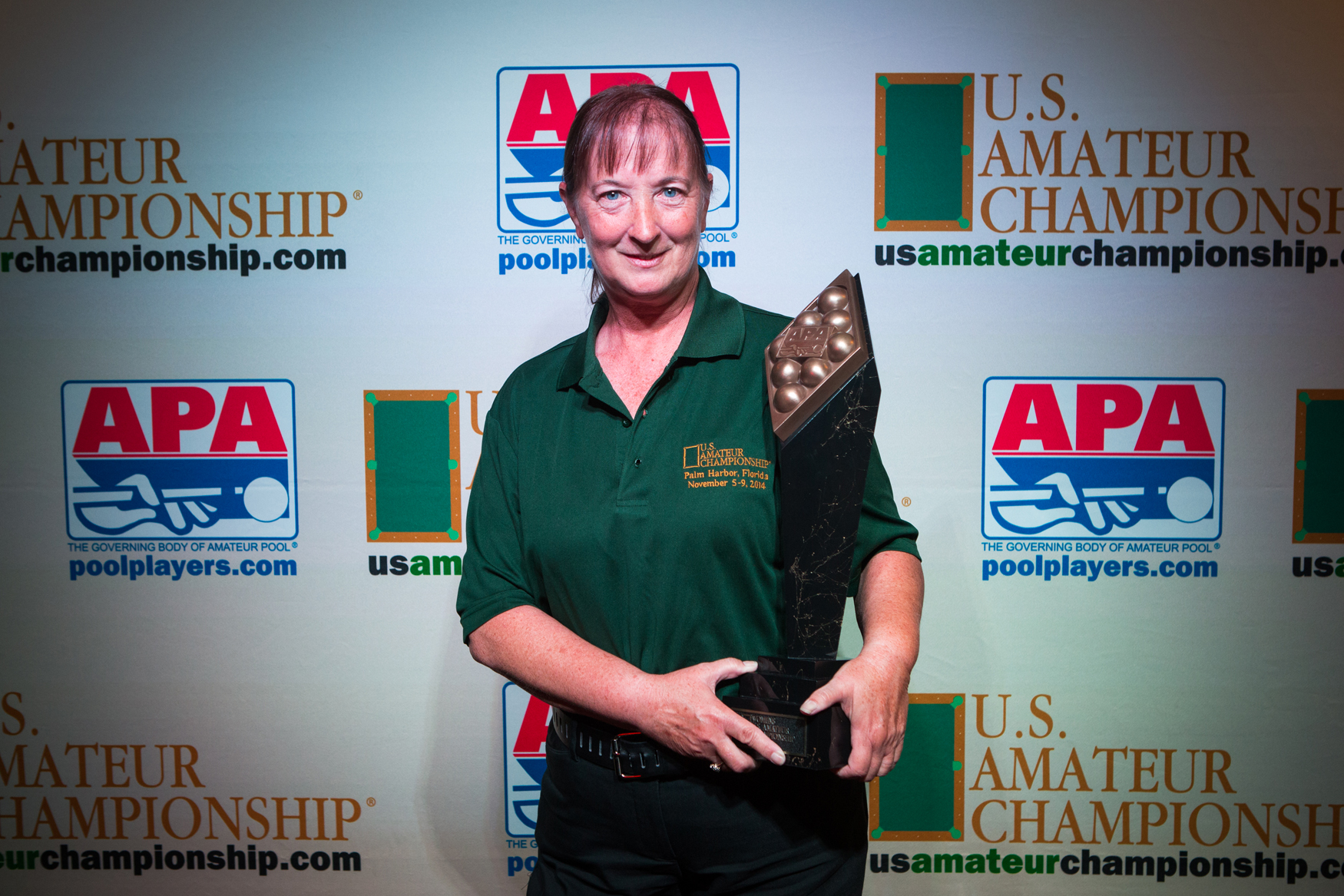 The encore finale opened in the 8-Ball set at Jones choosing after Cycak won the lag and took the break. Cycak took an early lead winning the first game, but Jones marched right back taking the next three to open a 3-1 advantage.  Cycak narrowed the gap by taking the fifth game, but again, Jones bounced back with a win of her own and a 4-2 lead heading into the 9-Ball set.

Things unraveled quickly in the 9-Ball set for Cycak, as Jones quickly reeled off four straight wins and an insurmountable 8-2 lead.  Cycak staved off elimination the next two games, thanks in part to Jones rattling the 9-ball in and out of the pocket while on-the-hill, but could only postpone the inevitable for so long.

In the finals of the Men’s Division, Kenneth Brisbon of Oxford, Mich., defeated Jeff Abernathy of Hickory, N.C., 11-10 in the final.  With the victory, Brisbon avenged his only loss of the tournament, suffered earlier in the day at the hands of Abernathy.

Early on, the match looked anything like the hill-hill nail biter it turned out to be. Brisbon looked like he’d make quick work of Abernathy opening up a 5-0 lead.  But Abernathy capitalized on a miscue on the 8-ball by Brisbon in the sixth game, and took the final three games of the 8-Ball set.

Before anyone could update their mental scorecards, Abernathy had pulled within a game with an opening win in the 9-Ball set.  Brisbon took the next two games to push his lead to 7-4.  Abernathy was tenacious though, winning four of the next five games and tying the match at 8-8.  Brisbon took the ninth game of the 9-Ball set to regain the lead, but Abernathy battled back again, winning the next two games and taking his first lead of the match.

As a stunned crowd looked on, and needing only one more game for a victory, it appeared Abernathy would complete the comeback. But it was Brisbon who would mount a comeback of his own, tying the match at hill-hill.

In the 21st and final game overall, it was Brisbon coming up clutch with an impressive break-and-run to secure his place in U.S. Amateur Championship history. 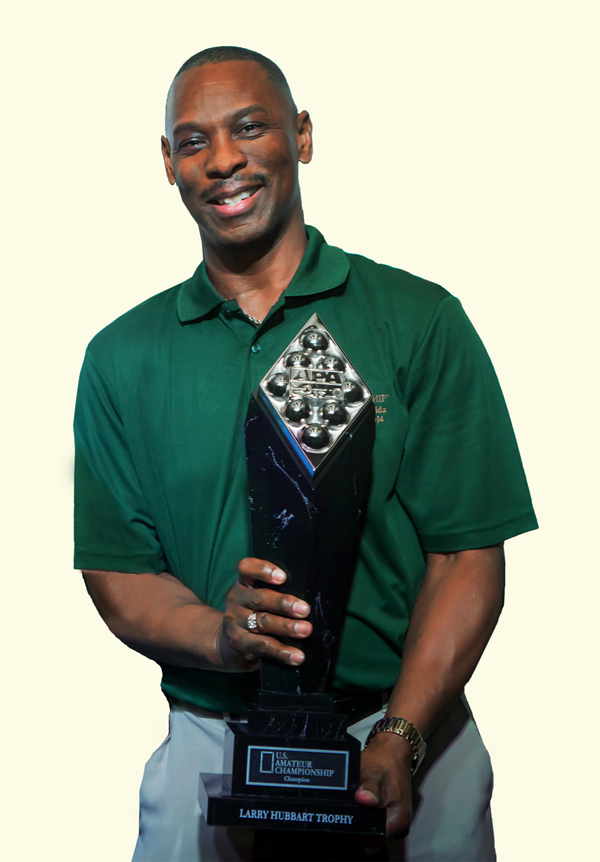 After the match, Brisbon was presented with the first-ever Larry Hubbart Trophy by APA Founder Terry Bell and Hubbart’s widow Nancy Hubbart.

Brisbon moves on to compete in the 2015 U.S. Open, while Abernathy settled for Runner-up, his highest finish in U.S. Amateur Championship competition.

The 2014 U.S. Amateur Championship was conducted by the APA, and is the only tournament produced by the APA open to both members and non-members.  Preliminary qualifying rounds were held throughout the country in mid-September.

As Champions, both Jones and Brisbon will return next year to defend their coveted titles.

The U.S. Amateur Championship is a double elimination tournament that offers the nation’s top amateur players the opportunity to showcase their skills through a combination of 8-Ball and 9-Ball matches, in the only APA event that does not use The Equalizer® handicap system.

The APA, based in Lake Saint Louis, Mo., sanctions the world’s largest amateur pool league, known as the APA Pool League throughout the United States, and as the Canadian Pool League in Canada.  Nearly 250,000 members compete in weekly 8-Ball and 9″‘Ball league play.  The APA is generally recognized as the Governing Body of Amateur Pool, having established the official rules, championships, formats and handicap systems for the sport of amateur billiards.

For complete coverage of the U.S. Amateur Championship visit www.usamateurchampionship.com.