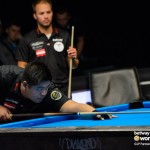 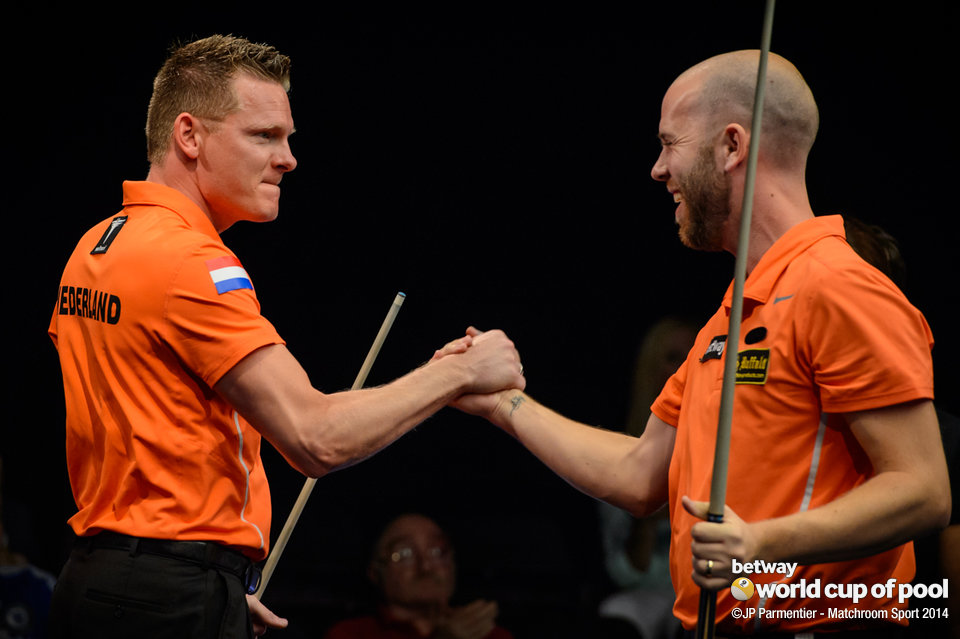 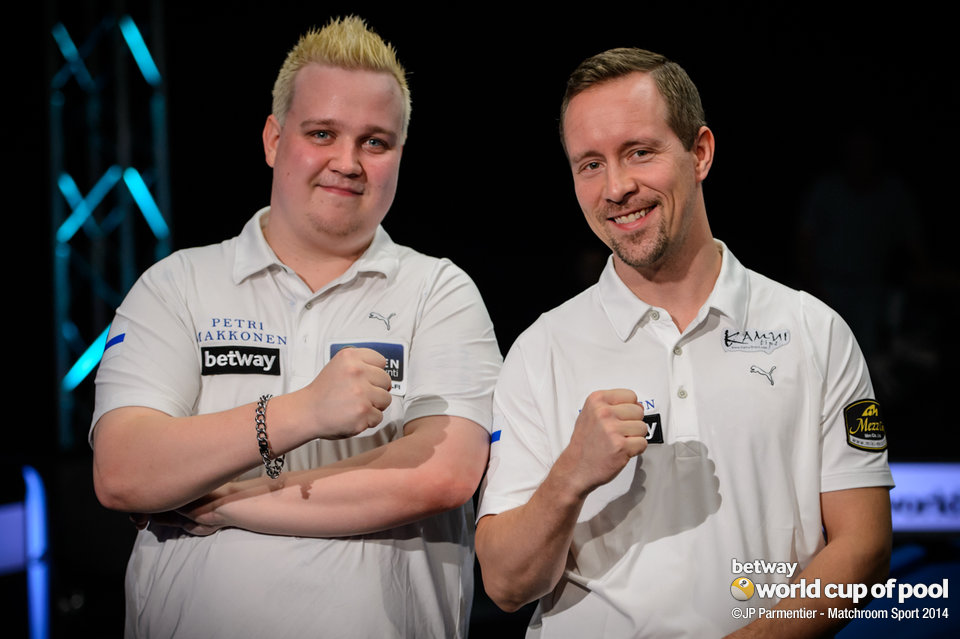 FINLAND registered a second 7-0 victory to set up a titanic quarter-final tussle with Philippines as Austria and 2013 finalists Holland also progressed to the last eight of the Betway World Cup of Pool at the Mountbatten Centre, Portsmouth on Friday afternoon.

Mika Immonen and Petri Makkonen won the 2012 World Cup for Finland and haven’t dropped a rack yet this year. They will now meet defending champions Philippines on Saturday afternoon having barely given Poland (Karol Skowerski and Mateusz Sniegock) an opportunity to visit the table in what was expected to be a closely-fought round two battle.

Earlier in the week they had seen off Korea by the same scoreline and have become the only nation to seal consecutive 7-0 wins in Betway World Cup of Pool history.
Finland’s break and run in the first rack set the tone, although Immonen’s illegal break in rack two handed control to Poland. Had Skowerski not slipped up on the six, perhaps the story could have been different. As it was Finland were flawless and relentless and proceeded with ease to Saturday’s quarter-finals.

“It is pretty freaky not to drop a rack, we have never seen this in the history of the event,” said Immonen. “Our breaks are working well and we are solving the problem situations well. We are both coming with some class shots and as they say, when it rains it pours.

“We haven’t been tested yet but if we keep this consistent demeanour, run the racks and do the work then it is going to pay dividends.

“Philippines are capable of switching gears at any time and we will expect them to play well tomorrow. We will have to match that level but if we keep playing like this I don’t like anybody’s chances against us.”

Makkonen added: “Our chemistry clicks together so in doubles we play well. We would like to break a little better but we are happy.”

Beaten 2013 finalists Holland (Niels Feijen and Nick van den Berg) will meet either Germany or Canada in the last eight after seeing off a spirited Switzerland 7-4. The match was close up to 4-4 with neither side managing to obtain more than a one-rack lead. However, the Dutch quickly moved to the hill and were able to extend their stay in Portsmouth into the weekend when in the final rack they pushed out leaving a 2/6, which was refused by Switzerland refused and made by Feijen to allow a Dutch clear up.

“When they went 4-3 up with a fluke 6/9 we both knew we would have to come with our best game, and that is what we did,” said a relieved van den Berg.

“We have played so many times together and our secret is not to talk during that match. At the beginning of this match I started talking to Niels because I was a little bit nervous and a little bit shaky. At 4-3 I told myself to stop talking and just play the game. I did that and Niels came up with some really good shots. He made it easy for me.”

Austria (Albin Ouschan and Mario He) overcame a tough fixture against the Qatar pairing of Waleed Majid and Bashar Hussain, who had shocked Chinese Taipei in round one, to win 7-5 and book a quarter-final match against either China or England B, who play on Friday evening.

Qatar took a 2-0 lead in the match but from there it went nip and tuck all the way to 5-5, when Majid missed a straight forward five to hand control to Austria, who seized their chance and didn’t allow their opponents back to the table.

After their win Ouschan said: “It was very close for a lot of the match and both teams were playing well but they made a mistake and we won the match.”

He added: “England are the hosts and China have won the event before and are always very dangerous. Whoever we play will be a very tough opponent.”