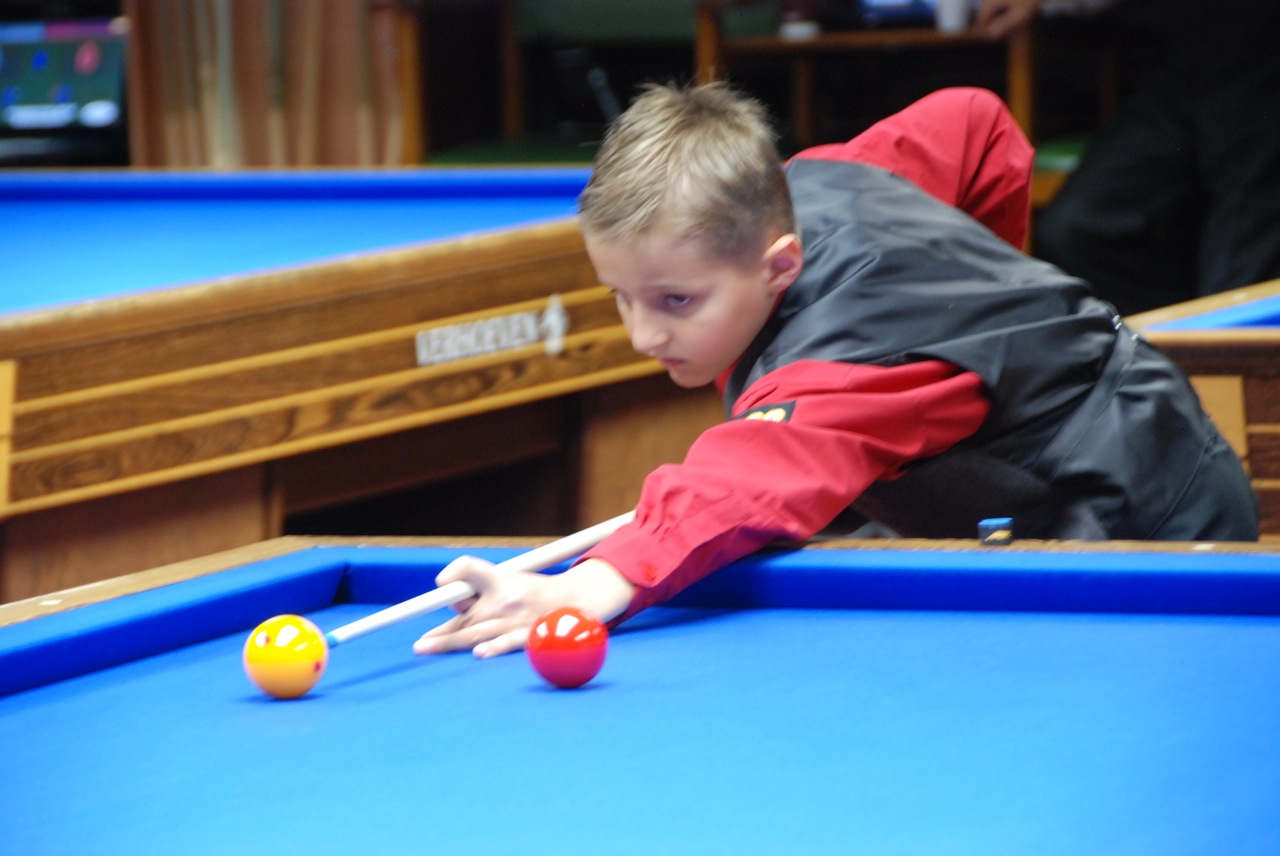 I want to introduce you to an up and coming 3 cushion player from Pittsburgh PA.  Luca Tomassetti is an 11 year old 6th grader who loves to have a Cue in his hand.  He started playing three cushion billiards not too long ago and was sponsored by Yura (Nothing but Billiards) to play in the Verhoeven Open.  The Verhoeven Open consisting of some of the top 3 cushion players in the world.  When arriving at Carom Cafe in New York, Luca was an immediate topic of conversation.  As many of the players noticed him, they all welcomed him into the mix.  Luca was usually the first one in the room and always practicing and even receiving some tips from top players.  He is definitely a welcome addition to our game.  The USBA is very happy to have Luca as a member and he is a great role model for others.  The game needs to see more youth getting involved and we hope Luca is the start of a campaign that recruits more young players of both sexes to Billiards.  He is an outstanding young player who displayed poise, respect and a good understanding of the game for the entire week at Carom Cafe.  He was on the receiving end of a very generous act of Ira Lee, who presented him with a brand new Molinari Cue.  Luca put his cue away and started using his new gift and stayed with it until the end.  As a retired school teacher, I must say Luca Tomassetti displays many attributes of a fine young man with a very bright future.  I’m thankful he got interested in three cushion billiards and I look forward to seeing more of him as the years come.  Luca, I’d like to thank you for carrying yourself like a seasoned veteran at the Verhoeven Open and I so look forward to observing the impact you might have on other youth of America.