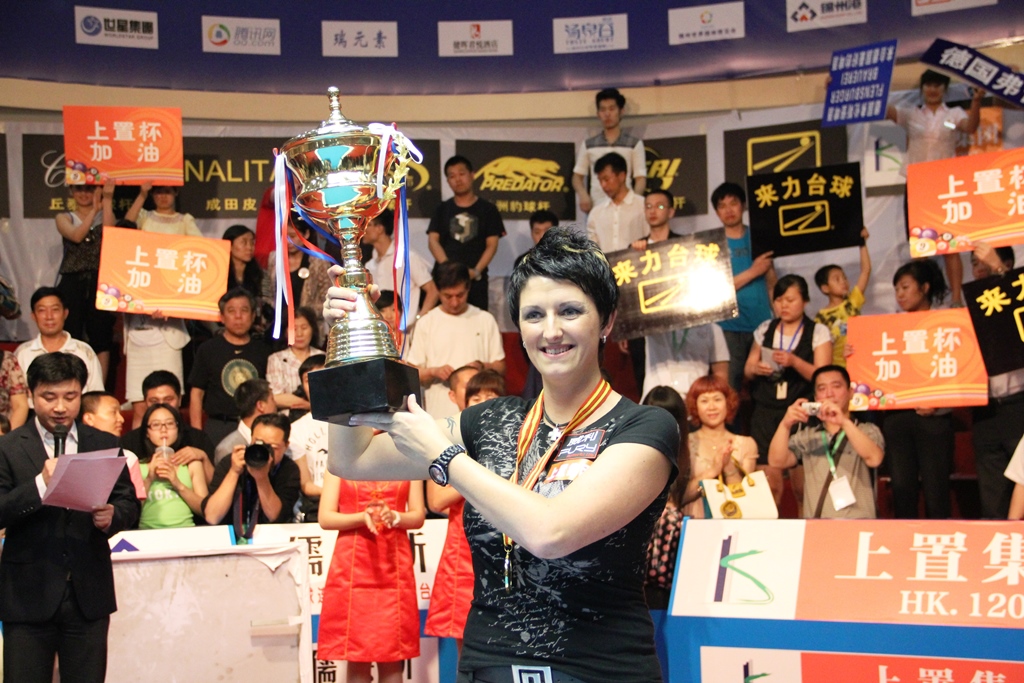 The West Yorkshire native said that she was diagnosed with a large hole in her heart several months ago. After the surgery, Fisher is expected to have a three month recovery period. She said she is hoping to be fit and ready to compete in the 2014 Women’s World 9-ball Championship, which will take place in Guilin, China in October.

Fisher has been one of pool’s leading lights over the last ten years, winning every major women’s event on the calendar. After a stellar five year career in snooker beginning in 1998, in which she won the World Snooker Championship four times, she turned to American pool in 2004. In 2010 she began to dominate the women’s game and rose to be the top ranked player in the world. She won her first world title by grabbing  2010 World 10-ball championship in Manila. In 2012 Fisher then captured the Women’s World 9-ball Championship in Shenyang, China. That same year she steam rolled the competition on her way to winning the China Open in Shanghai. In 2013 Fisher won the long running Amway Cup in Taipei.

Because of the surgery, Fisher will be forced to miss the WPA World Team Championship, which will be held in Beijing beginning on July 28th. Fisher’s replacement on the United Kingdom team has yet to be announced.

The World Pool-Billiard Association, as well as the entire pool community worldwide, wish Kelly Fisher a successful surgery and speedy recovery. Her mammoth fighting spirit will surely carry her through this trying time and soon bring her back to the world’s biggest pool arenas better and stronger than ever.