79 participants from 21 states have arrived to vie for their chance at the coveted title of BEF Junior National Champion, and for an opportunity to represent our nation at the upcoming WPA World Junior 9-Ball Championships in Shanghai. 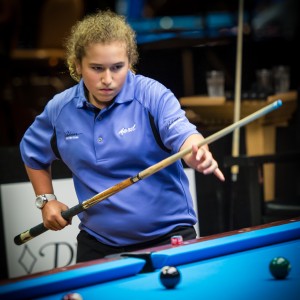 Among the competitors are returning champions 14-year-old April Larson of Bloomington, Minnesota (2-time defending 14 & Under Girls division champion) and 16-year-old Zachary Hampton from Rocky Mount, Virginia. Hampton was the 14 & Under Boys champion in 2012 and last year claimed the 18 & Under Boys division at age 15.