By Jerry Forsyth of AzBilliards

The CSI Bar Table Championships in Reno have come to a close. Shane Van Boening had a great week, winning both the 9-Ball and 10-Ball Crowns. Let’s review the major divisions one at a time.

Photo credit should be given to Andy Chen. 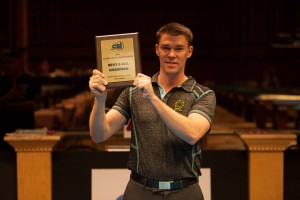 Corey Deuel played a great week of 8-Ball to skip through the bracket undefeated until Darren Appleton nipped him in the first set of the double-elimination final. Deuel won the second set and the title with a double-hill 5-4 win. The third spot on the podium was filled by Joseph Tourangeau while Brain Butler takes home fourth place honors. Billy Ussery, Jr. and Skyler Woodward tied at fifth. 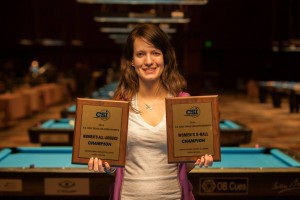 Liz Lovely won the Ladies 8-Ball division by winning 4-0 in the final over Cindy Silva. Lovely had already sent Silva to the one-loss side where she bested Brittany Bryant (third place) to earn her place in the finals and face Lovely again. Heather Pulford finished only one step away from the podium in fourth. 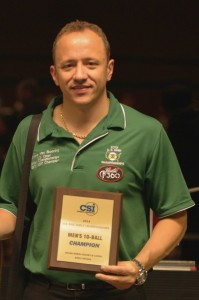 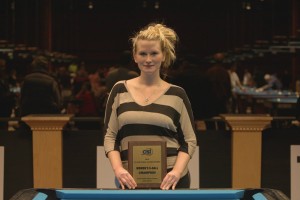 Britanny Bryant of Canada is the new Ladies 9-Ball champion. But it was close. She won by beating Heather Pulford on the hill. Liz Lovely finished the podium in third while Rhea Brooks took fourth. 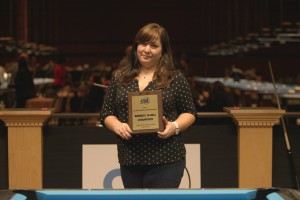 Finally, the Women’s 10-Ball was won by Cindy Sliva. Sliva had lost the first set of the finals to Liz Lovely but won the second and determining set to walk away with the top star. Brittany Bryant took third place in this division and Heather Pulford took down fourth