As with the setting of the sun, day one completes and the thirteen-player field quickly falls to eight. The remaining eight women returned Sunday racing to the finish where all but one will feel the agony of defeat.

We would like to thank all the sponsors and Bob Hunt for his help and assistance in making the first tour event a great success.  A special thanks to all the women who participated in the first Sport9Tour event. 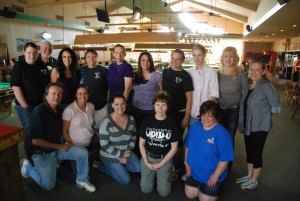