Derry, Pa. at The Coop

The longest running TAP event in Pennsylvania once again resumed in Derry, Pa. From June 6 thru the 9th, 58 teams competed for over $12,000 in prize money as well as national playoffs spots for TAP’s nationals in the Chicago, Ill. area in late October. With this prize fund as well as division winner payouts, MVP and team plaques the total payout for the Spring 2013 session was well over $15,000.
In the first and second brackets (and what has become now the norm for the past 2 years) we saw two of the final four teams making their first appearance in the final four. The Slovak Trophy Hunters in the first bracket won the Westmoreland county board while the Old Keg Empty Barrel team won the Cambria/Frostburg/Bedford board. Both teams decided to split the money after a long weekend and then play a best of 7 games to decide the winner of the Morgan Cup and the championship plaques. As usual, it came down to the final game as Scott Hutchinson played a very nice run out over Kevin Zock to take top honors. This was the first ever first bracket championship for the Slovak team as well as a first time appearance for the Keg team. Congrats to both teams for a nice Titleholder run!
In the second bracket it was more of the same. The Main Event 2 team won the Westmoreland board while the Slammin Sam’s New Era team took the Cambria/Frostburg/Bedford board. They also decided to split the prize money and play a best of 5 for the plaques. The New Era team won this one 3-1. This also was the first appearance in the finals for the Main Event team.
Other teams doing well and earning national playoff spots were, the Bier Haus, The Coop Gamblers(2nd chance winners), Salts Boys, Malcotti’s Hi Rolers and the Grove Monday teams. All of these teams as well as teams the qualified last Summer and Fall will be playing in September to win 5 trips that are up for grabs to TAP’s nationals.
We also had two new events for this Titleholder. A MVP team event and a ladies singles event. The team from the Greensburg MVP’s won out over the Ebensburg MVP’s, taking a $400 first place payout with it. In the ladies singles, Stacy Silk bested Brianne Leone for top honors. Stacy Adams placed 3rd.

Not to mention many matches were live streamed on Ustream and recorded for later viewing. These matches can be seen on the link on www.poolpa.com 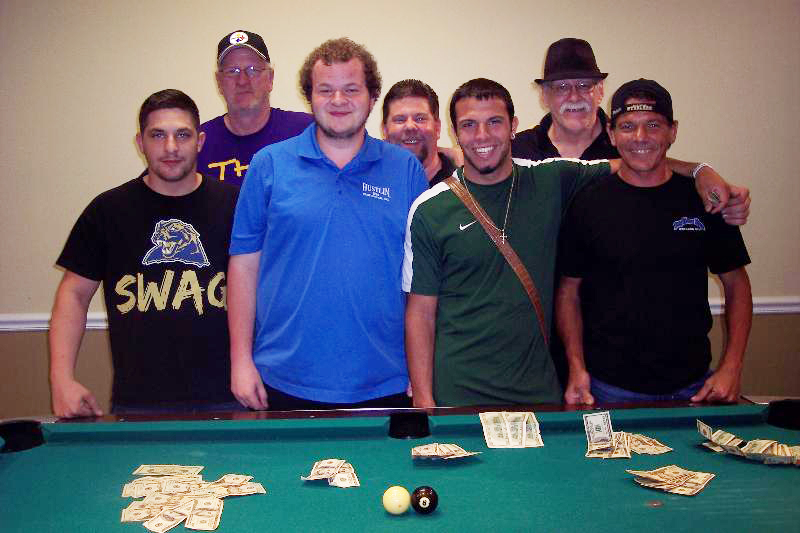 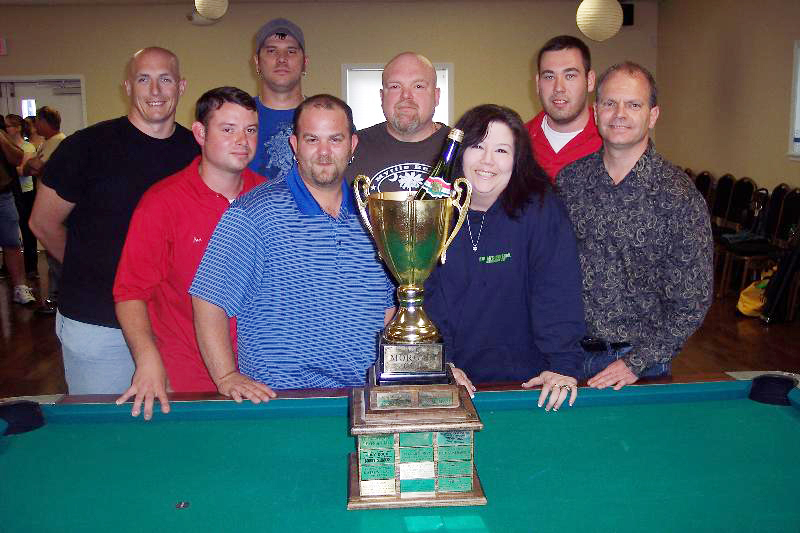