Tap Licensee Of The Month January 2013 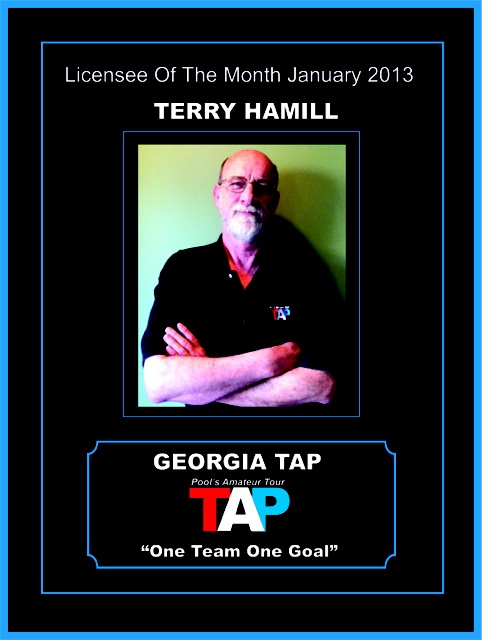 After playing in another league for about 15 years TAP came to the Atlanta area in 2003. My team and I looked at the rules and decided we wanted to try something slightly different. We joined a TAP 8 ball league. In 2004 we qualified for the TAP Nationals in New Orleans and managed by skill, determination, and a great deal of luck to become the 2004 TAP National Champions.

In my many years as a league player I often said to myself, “If I owned the local league I would do it this way!” In October 2005 I got the chance to “Do it my way.” I became the TAP league operator for the Atlanta area.

Thanks in most part to a great group of players, I have generally loved the last 7 years as a league operator. I admit I do this mostly for ego reasons. The satisfaction on any given league night of seeing a couple hundred friends having a great time due in part to my efforts is beyond price.

Thanks to TAP corporate and all my pool friends for making my life much more enjoyable and fulfilling than it could have been. I’ll keep doing this as long as I am able or as long as my league players are willing to put up with me.