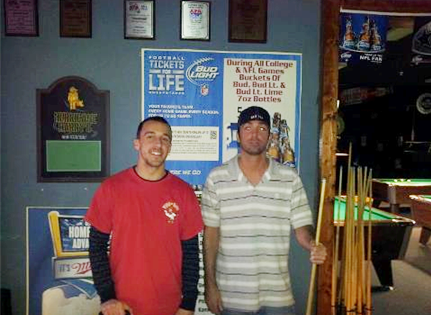 By virtue of Joe Hughes being the highest-finishing ACS member in the event, he qualified for a free 9-Ball singles entry into the 2013 Pure X ACS Nationals at the Tropicana Las Vegas – courtesy of the ACS. The ACS wishes to thank sponsors Pure X Cues, Championship Billiard Fabric and Nick Varner Signature Cases for their support in donating “Value-In-Kind” product for this and all stops on the Pure X All American Tour. Sponsorship opportunities and tour stop openings are still available for the 2012/2013 All American Tour by contacting the ACS.

The Tour moves to Davenport IA, on Saturday, December 15, with a $500 added 9-Ball Tourney at Sharky’s Billiards (contact Terry Stevens at 563-359-7225). Further information, entry details and schedules for the 2012/2013 Pure X Cues All American Tour are available at www.americancuesports.org.