3-Cushion Billiard Tour “Shot-Contest” in Memphis at The Rack

The Rack in Memphis,Tn held there 4th Shot Contest with 6 pool players that signed in and willing to test their skills at the game of 3-Cushion Billiards. As the event date was set for Sunday at 1:00pm, on November 4th 2012, players had a full month to practice the shots. Entry Fee was only $15, plus Jerry Ramey owner of The Rack also included in a free lunch for the players. Paul Frankel tournament director went over all the rules before the start of the “Shot Contest” and thanked all contestants for accepting the CHALLENGE and then went on to explain to the players the format.

A small recap of how the 3-Cushion Billiard Shot Contest works.
FORMAT: Players will shoot only 8 diagram shots. Each player will shoot each of the 8 shots 3 times (24 shots total). Each shot is worth 2 points (48 pts max) and the total number of points wins. Three small round dots (stick-ons) are placed on the table, which represents the exact placement of the diagrammed shots. All players will have the same shot and same placement of the 3 balls. Then the dots will be removed and replaced for the next shot selection.

Special Note: After each shot a player has a straight rail carom shot (no rails required) as the balls come to rest. If they make it, it will be worth 1 point added to their previous scores. This means that the maximum possible score will be 72 points if they made every shot. 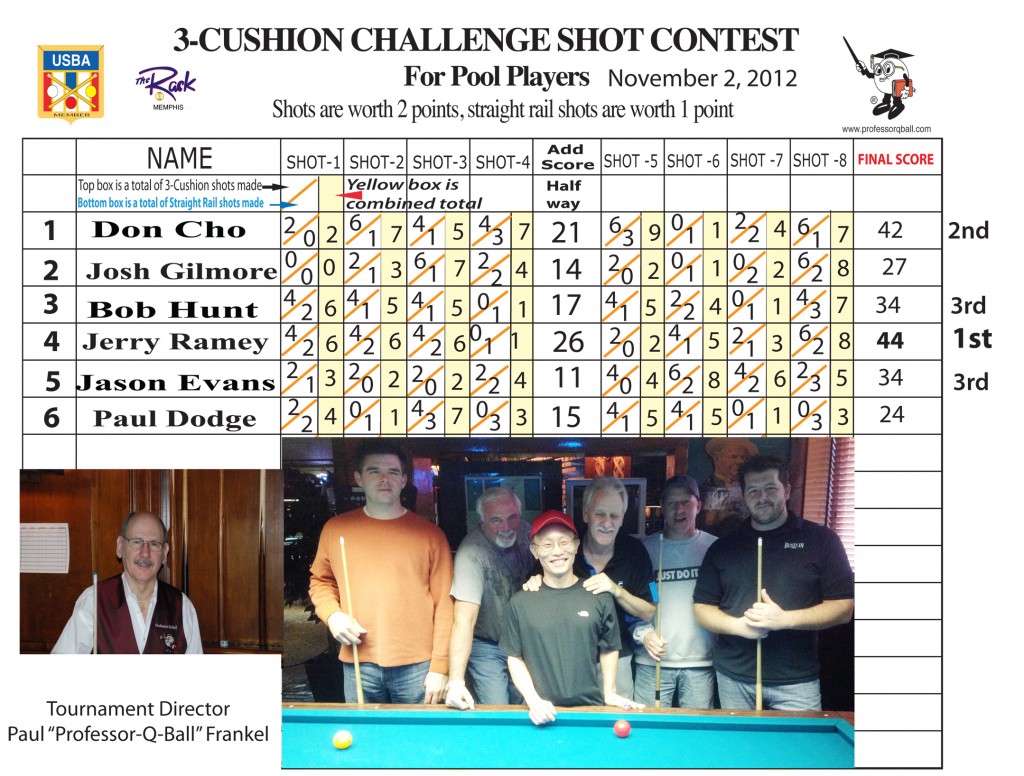