Jacksonville, Florida, Predator Group and Break Speed are proud to announce a partnership in developing the next generation Break Speed application for iPhones, iPads, and Android devices.

Over the past year, as the Predator R&D team finalized and tested the new BK3 break cue, a unique relationship and partnership formed with Break Speed developers Paul Nettle and Craig York. The relationship began with Predator testing the application along side it’s own speed measurement equipment and the Iron Willie robot, following a number of testing sessions, the Predator R&D team found the application so accurate that a partnership in pool science began.

The new application will feature a new user interface and refinements based on the R&D team and the developer’s insights and testing.

“I’ve had the application for years, its top-flight, just look at the user rating for it. It’s an ideal partnership for us, we’re science and technology based, and with out question, so are the team at Break Speed,” said Kyle Nolan, Dir. of Branding and Communications at Predator Group.

“Our collaboration has been very effective. It’s been great to work with a team that understand the science of billiards,” said Paul Nettle, partner and lead developer for Break Speed.

Look for the Break Speed Powered by Predator application in the iTunes Store and Android Marketplace in December.

Launched in 2010, Break Speed is built to help players master the most important shot in the game.  Break Speed has been used in pro tournaments, break speed competitions and by professional as well as casual players all over the world.  Developed by Paul Nettle and Craig York for iPhone and Android devices.  Learn more at www.mybreakspeed.com. 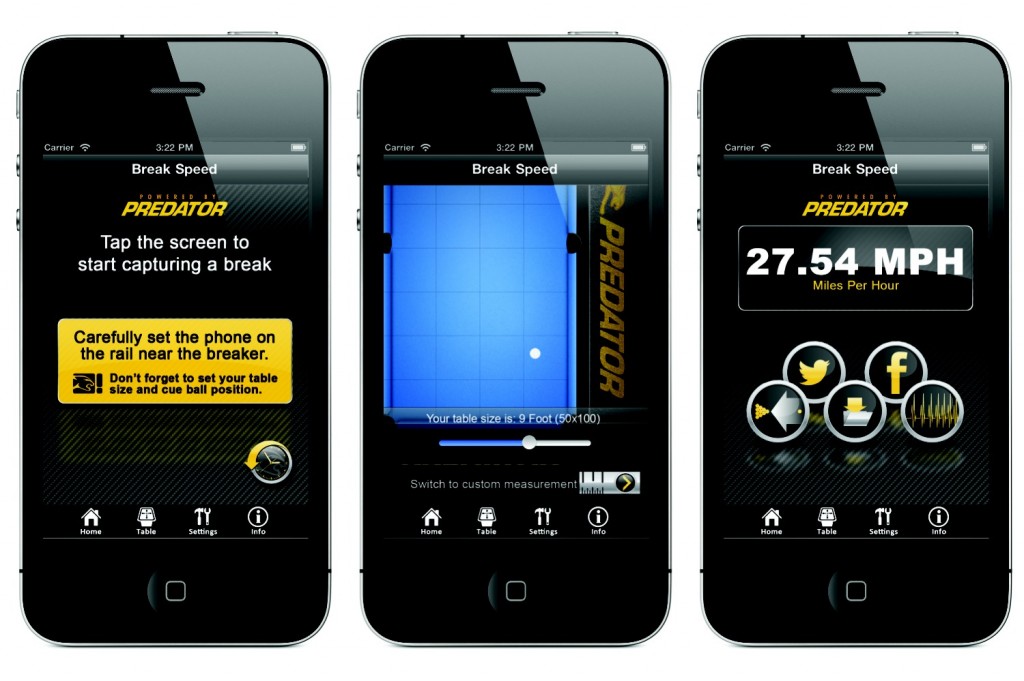