The APA National Team Championships are complete!!! Thousands of excited poolplayers traveled to Las Vegas to compete in the World’s Largest Pool Tournament!

Thousands of excited poolplayers traveled to Las Vegas to compete in the World’s Largest Pool Tournament! 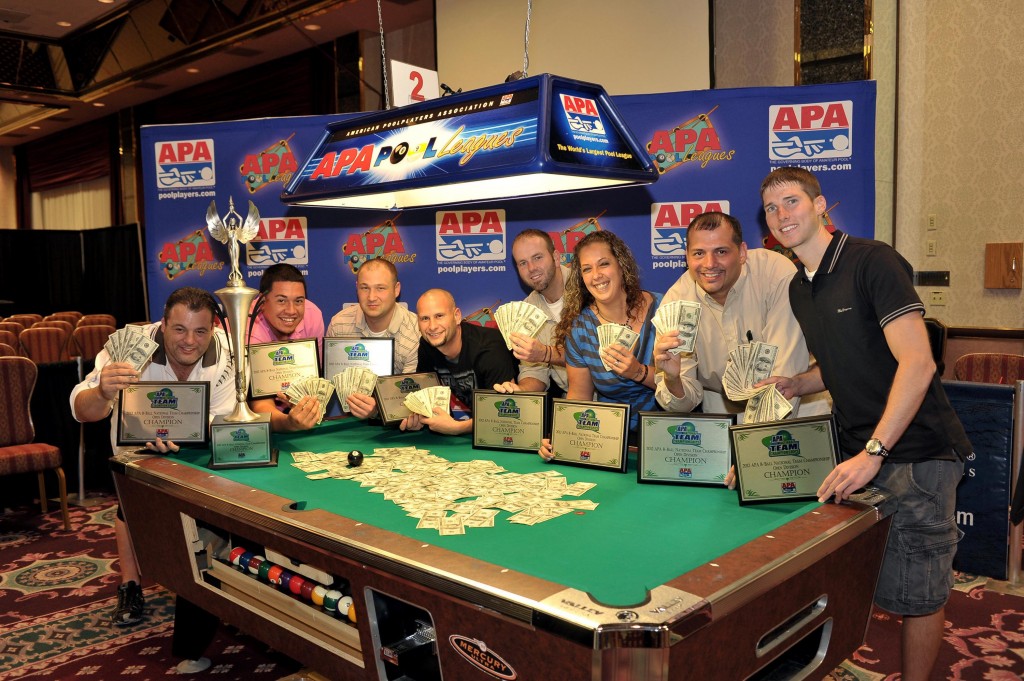 After 10 days of virtual non-stop pool tournament action, the Trenton, N.J. team of Hate Joey, Not Us was the last team standing in the finals of the 734-team 8-Ball Open Division.  Hate Joey, Not Us defeated Shark Week of Warren, Ohio, 3-1.

Shark Week got on the scoreboard first, with a 5-2 victory by Keith Edwards over Christopher Lewis of Hate Joey, Not Us.  The New Jersey natives quickly bounced back thanks to a dominating 5-0 win by Ryan Gilligan over Shark Week’s T.J. Brown.  In the third match, Hate Joey, Not Us team member Lindsey Rafalski managed to outlast Shark Week’s Bonnie Edwards, 2-1, putting her team on-the-hill.  Hate Joey, Not Us closed out the match in the fourth set behind Frank Demarcello, who defeated Shark Week’s Allan Ray 4-1.

Hate Joey, Not Us eliminated Come Get Us of Oklahoma City earlier in the day to advance to the $25,000 finale.  Shark Week advanced to the final round with a win over Eliminators of Jefferson, La.

Shark Week took home a respectable $15,000 consolation prize as Runners-up.  Come Get Us and Eliminators finished tied for 3rd Place and received $7,500 in cash.