Reyes vs Appleton in Semi-Finals of Predator World Tournament of 14.1 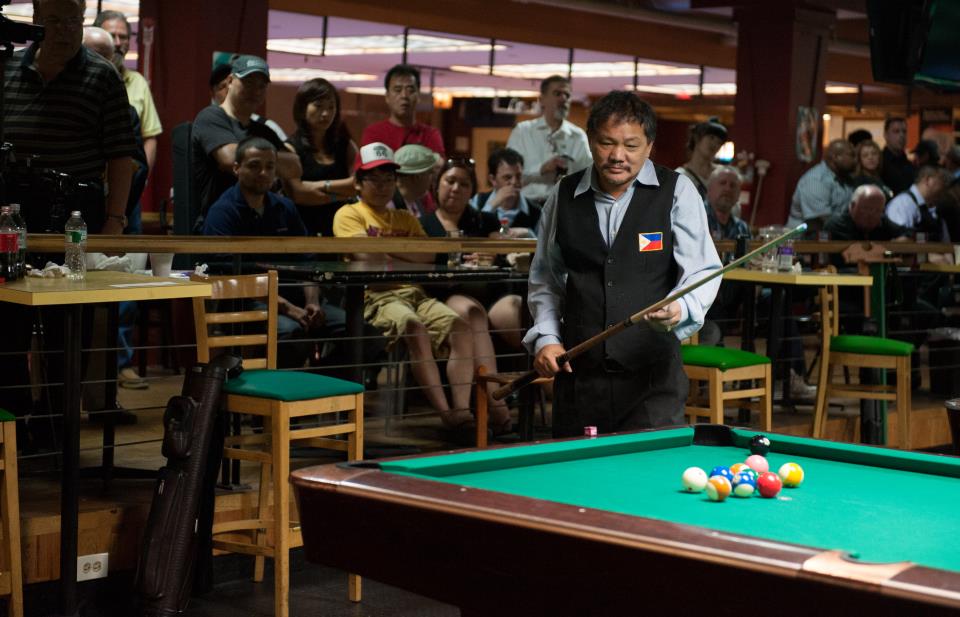 Efren Reyes has made it to the semi-finals and assured a Bronze medal in his first debut at Predator 72nd World 14.1
photo by www.charleseamesphotography.com

Queens, New York-  The 57 year old Filipino cue master has gone undefeated thus far in 8 consecutive matches in his first ever World 14.1 competition. Though not a student of the game and having not played straight pool in decades, no one doubted that he would not perform well as the world’s most creative player. Still, making it to the semi-finals is quite a feat.

“Efren likes to win new big tournaments the very first time he plays in them. That’s why he has such big historical event titles if you look at his history of wins. It’s amazing as much as he has done, he still finds the motivation”, said Charlie Williams, fellow pro player on tour.

“He is absolutely my favorite player to watch. I just love watching him play, whatever game he is shooting”, said Tim Malloy, long time pool fan and local New Yorker.

Thus far, Efren has pocketed 1050 balls to stay undefeated and reach the final 4. If he wins, he will face USA fan favorite John Schmidt, a former US Open 9-Ball winner.

A new World 14.1 Champion will be crowned today.