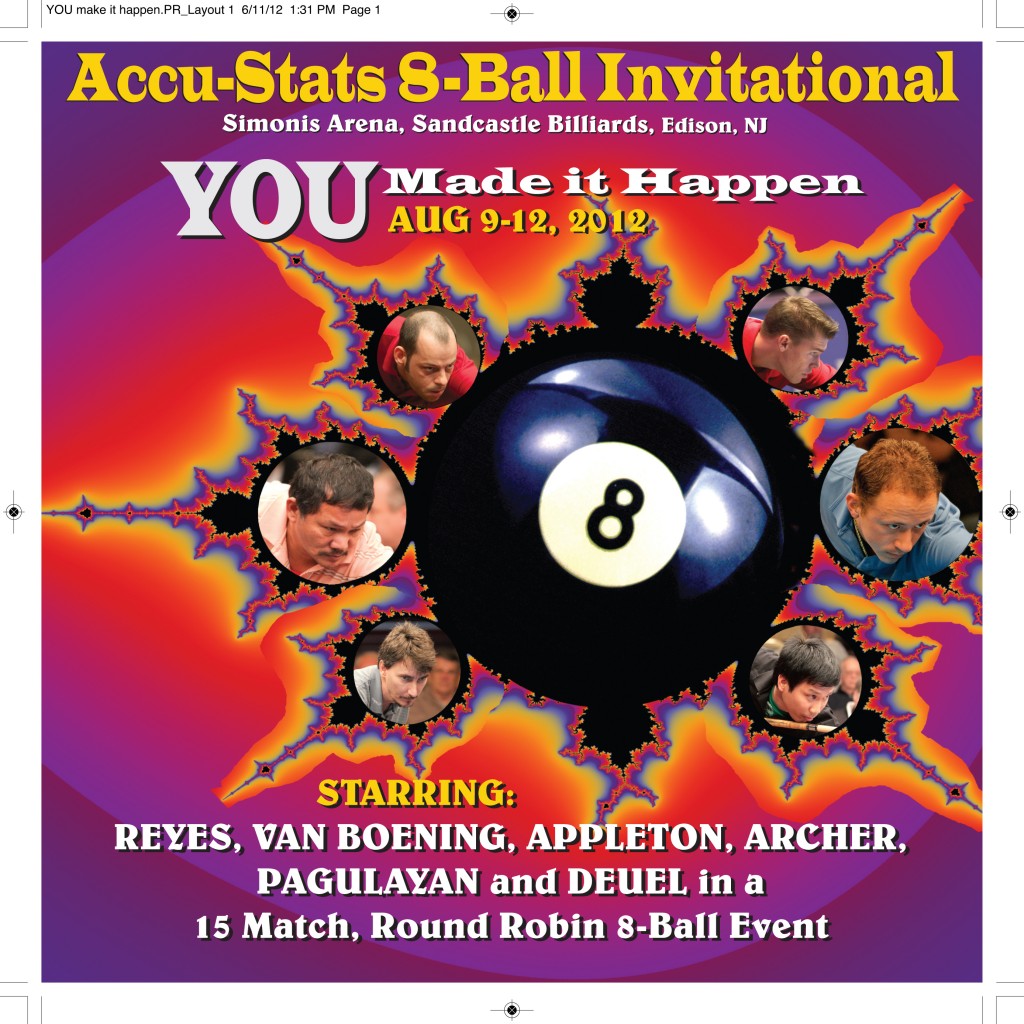 ALEX PAGULAYAN known as the lion,   now takes home the bragging rights to

Accu-Stats You Make It Happen Event

Accu-Stats’ owner Pat Fleming had an idea. OK, economically, times are tough, he acknowledged. The “Industry” has been really supportive in its sponsorship-you know who you are-yet, what if the loyal Accu-Stats’ customer would assist in the production of a tournament?

And, the “Make it Happen” series was borne. Look out for 1-Pocket, Straight Pool, and 10-Ball. And, they’ll all be televised: ESPN Star Sports has agreed to air the events in their footprint of 26 countries in Asia.

Every match is like a finals as the world’s best battle each other until the Wins versus Losses are tallied and we have an Accu-Stats 8-Ball Invitational Champion.

The Event will be Televised in HD in 26 countries in Asia on ESPN Star Sports and an Accu-Stats Tournament Match DVD Series is due for release in September.