Manila, Philippines- OB Cues has become the Official Cue of the WPA 2012 Yalin Women’s World 10-Ball Championship! The all-American made cue company will join Asia table giant Yalin Billiards, Aramith Balls, and TV network broadcasters ABS-CBN and ESPN Star Sports. This year’s edition will take place August 20th-24th once again at Robinson’s Galleria Mall, which has now become synonymous for creating the dynamic atmosphere of the coveted championship. Robinson’s Galleria is connected to the host hotel Crowne Plaza Galleria. An elite 48 world class pros and international women superstars will attend the event to fight it out. With the one goal in mind: to become the World Champion of 10-Ball.

“We are very pleased to be working with OB Cues for the very first time. In just a few years they have already developed an outstanding reputation as a solid company with fantastic products. We look forward to expanding their growth into the Asia and international markets”, said Cindy Lee, CEO of Dragon Promotions. 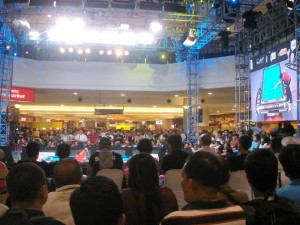 “We’ve worked hard to build an accurate cue with the highest performance and feel possible. Up to now we have primarily focused on the American market, but now being a sponsor of the Yalin Women’s World 10-Ball Championship and joining Dragon Promotions will bring more international attention to our American built products. OB Cues engineering is something we want to share with the whole world”, said Royce Bunnell, President and Co-owner of OB Cues.
The Yalin Women’s World 10-Ball Championship draws more spectators than any other billiards event worldwide

Players from around the world will join the event. The reigning World Champion Kelly Fisher of the United Kingdom will be defending her title against all comers. The comers will be hailing from countries such as Netherlands, China, Iran, Germany, Japan, Belgium, Korea, Australia, Taiwan, France, Philippines, the United States and many more. The best of the best female talents from over 20 countries will be represented at the World Championship.

“OB Cues is excited to be the Official Cue of the Women’s World Championship. The coverage of this tournament is incredible and we know that the anticipation of this event with the fans and players is tremendous, so we look forward to adding to the excitement. Having the hands down best female players in the world at the most elite women’s title in pool is exactly the kind of fit for OB Cues”, says Shane Sinnott, Director of Sales and Marketing for OB Cues.

“Kelly Fisher, Jasmin Ouschan, Ga Young Kim, Allison Fisher and so many top talented players will be at this event. It’s a super elite field and one that OB Cues is pleased to be involved with and we hope to do more to support the sport on the worldwide level in the near future”, said Don Owen, Co-owner and Co-founder of OB Cues.

OB Cues first introduced the revolutionary Low Deflection OB-1 Shaft in 2005. Headquartered in Plano, Texas, OB Cues now has a High Performance shaft line that consists of four different Playing Shafts and a Break Shaft to fit all styles of Players. In 2008 they introduced the J-Line Cues in a collaborative effort with Joss Cues in Maryland and then in March of 2012 launched the New 2012 OB Cue Line manufactured exclusively in the OB factory in Texas. With an ongoing effort to constantly improve the performance and feel of their products, OB Cues is now recognized as an industry leader in High Performance Billiard products. OB Cues encourages Pool Players to Get serious about their game by experiencing the OB Technology that will help Pool Players to be more consistent and more accurate when using OB products. For more information on OB Cues and OB Shafts, visit obcues.com or contact your local billiard retailer.

OB Cues are advanced engineered cues made in America. www.obcues.com 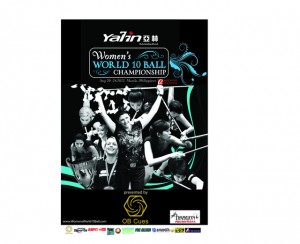