Two Titans of 3 Cushion Billiards in a Game of 600 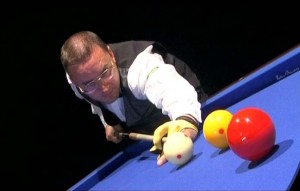 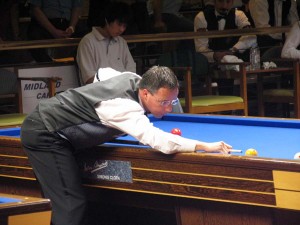 Marxuquera, 2012, May 30 – The “Foundation Juan Jose Trilles” for the Development of Knowledge and the Arts announces the event “Juanjo Trilles Challenge” of three cushion billiards where the competitors will be Frederic Caudron and Dick Jaspers in a tournament of only one game and 600 points during 4 days.

The tournament will be celebrated in Marxuquera (Valencia) Spain, from 27 to 30 June 2012 and will be broadcasted to the whole world with a live feed via the website: www.kozoom.com. Seats may be purchased in the actual room where the tournament will take place and it is also possible to book 5 nights with breakfast in a hotel.

All the information can be seen in the interview with Dr. Juanjo Trilles that appears on the website: www.juanjotrilleschallenge.com. It is also possible to request a seat for the tournament in the option “I WANT TO ATTEND” in the entrance page of this site.

ABOUT THE FOUNDATION JUAN JOSÃ‰ TRILLES

The “Foundation Juan JosÃ© Trilles” was created in the year 2002 with the purpose of promoting and funding actions that would increase the Knowledge about Human Beings and Creation, as well as disseminating the most creative artistic manifestations.

During the last 10 years it has sponsored and organized public and private events in line with the object of its existence. For example, the CIM, International Music Courses held in the summers of 2002 and 2003 with the assistance of the best musicians in the world. It has also sponsored a significant number of conferences and meetings where diverse points of view have been analyzed about philosophy and religion, including approximations towards Taoism, Buddhism, Christianity, Vedanta, Zen, etc. as well as scientific subjects such as the Theory of Relativity and Quantum Physics.

In 2011 the Foundation organized and sponsored, with great success, the “Juanjo Trilles Cup of Artistic Billiard” bringing together the best eight players in the world of this extraordinary and beautiful speciality. It has also created the Juanjo Trilles School of Billiard.