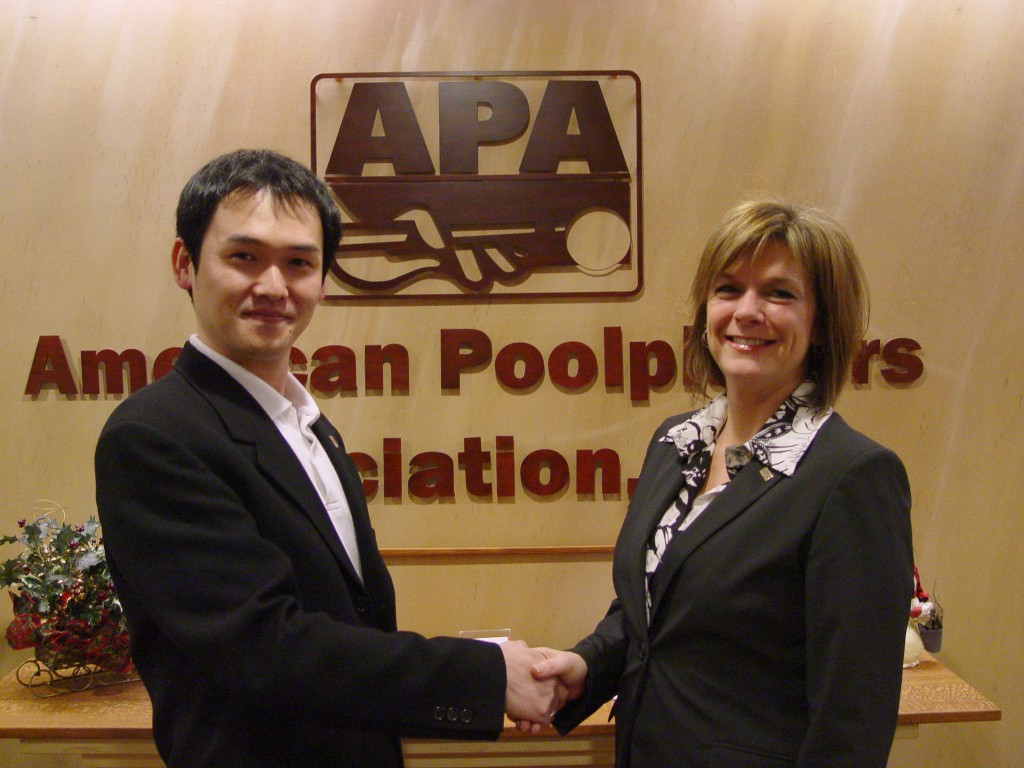 LAKE SAINT LOUIS, MO (April 8, 2011) – The American Poolplayers Association (APA) has made a $5,000 donation to the Red Cross to aid in relief efforts following the earthquake in Japan in early March.

APA has been conducting leagues in Japan since 2007 as the Japanese Poolplayers Association (JPA).  There are nearly 1,300 players currently participating in the JPA.

“Although none of our JPA members were directly affected by the earthquake, many of them have friends and family that have been affected, so we felt we needed to do what we could to help the Japanese people overcome this disaster,” said APA President Renee’ Lyle.

In addition, the JPA plans to match the donation with a contribution to the Red Cross of Japan.

“The members of JPA and I are very appreciative of the support by the APA and its members for the people of Japan,” said JPA President Noriyuki Nanjo.

APA League Operators and members wishing to help support the relief efforts in Japan can make a donation directly to the Red Cross.

The APA, based in Lake Saint Louis, Mo., sanctions the world’s largest amateur pool league, known as the APA Pool League throughout the United States, and as the Canadian Pool League in Canada.  More than 270,000 members compete in weekly 8-Ball and 9″‘Ball league play.  The APA is generally recognized as the Governing Body of Amateur Pool, having established the official rules, championships, formats and handicap systems for the sport of amateur billiards.