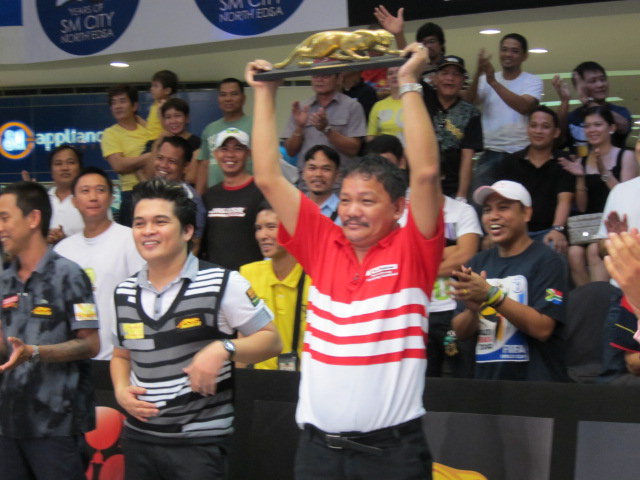 Reyes May win his first title at home

Efren Reyes is now the official Champion of the 10th Annual Predator International Championship. Young gun Gomez took over the match early leading 5-1 and later 7-4, but could not keep Reyes from the title.

Gomez came out strong at the onset of the match and had a look of steely determination. He quickly dismantled the older Reyes and it seemed inevitable the grand master of billiards would have to bow down to his younger aggressive opponent.

But Gomez was known to have problems finishing off opponents in finals matches. And this was no exception. Unforced errors started to fill Gomez’s game. Reyes came back to tie the match at 7-7. He then took the lead to 8-7, before Gomez stopped the momentum and tied it at 8-8, and then again at 9-9.

In the thrilling final game, Reyes won an early safety battle with Gomez which gave him a chance to runout, which he did masterfully clearly saving his best game for last.

Reyes pocketed $10,000 for the win and more importantly, won the event in front of his biggest fans.