Wins for Souquet, Orcollo and Morra

Wins for Souquet, Orcollo and Morra

THE FIRST THREE TV games took place on Friday evening at the Riviera Hotel and Casino, Las Vegas as the round of 16 got underway in the PartyPoker.net World Pool Masters. From a starting line up of 64 players, there are just 13 left as Dennis Orcollo, John Morra and Ralf Souquet won through.

In the opening match of the last 16, Filipino Dennis Orcollo made light work of Raj Hundal (India), going through to the quarter finals by an 8-1 scoreline. Hundal, who looked composed as he negotiated his way through the opening two rounds, made too many mistakes for a player of Orcollo’s obvious calibre. 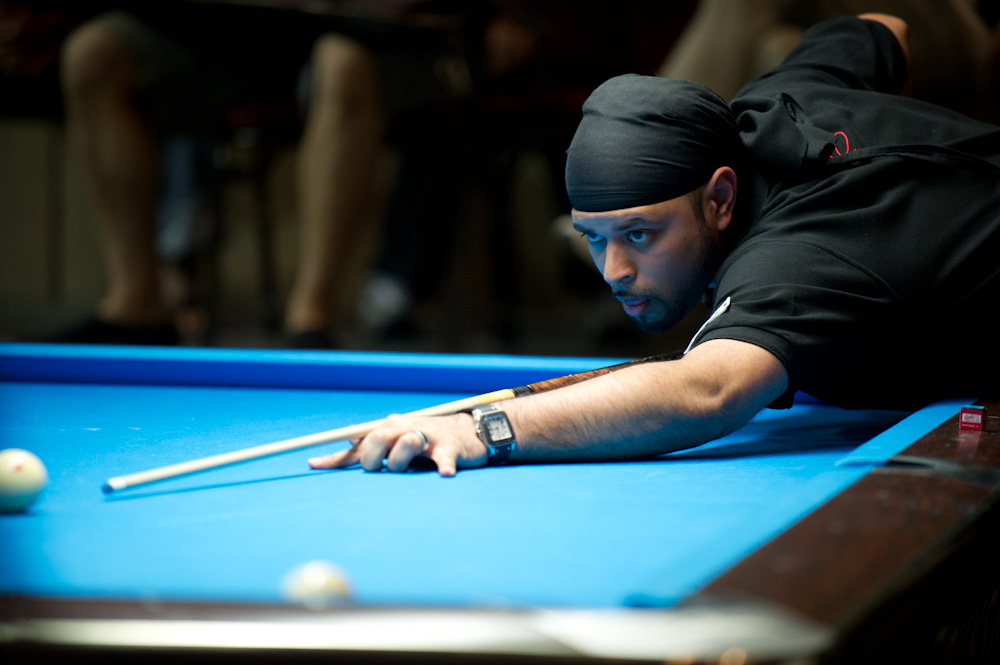 Hundal’s safety game wasn’t tight enough to contain Orcollo and the sharp-shooting Pinoy completed four break and runs as he ran away with the match.

‘It was a great! I had a break in the first game as Hundal missed a ball. That was my chance and I took it.  I always think I’m going to win the competition, but there’s a lot of top players here,” said Orcollo.

The second game of the evening was a nervy affair as up-and-coming Canadian talent John Morra put paid to John Schmidt’s World Pool Masters hopes, winning through by an 8-4 margin. Morra can look forward to a quarter-final match-up against Dennis Orcollo.

It was a scrappy encounter with both players making errors, but Morra rode his luck to pull away after leading 5-1.

“I played pretty well for most of the match but was difficult to get used to the TV table as it was very different to the tables we’ve been playing on,” said Morra.

“But I feel good about my game and got a couple of rolls which helped but John’s a great player so that’s a great win.

“The shot clock was difficult and I got called up on it and wasn’t sure about the rule. I’m going to have to use my extensions better and I have them for a reason.

“Dennis is one of my favourite players. I’ve played him once in an event in Virginia three years ago and beat him 9-2. He won the tournament but I beat him on the winner’s side.

“I feel really good but tomorrow is a whole new day and I hope I can play better. I did make mistakes and need to step it up a notch to beat Dennis.”

In the final match of the evening, five times Masters champ, Ralf Souquet had just enough to stay ahead and close out Indonesia’s Ricky Yang in a tough encounter.

Souquet opened up a big lead but the dogged Yang, now emerging as one of Asia’s premier players, came back at him. Souquet though, held him off for the win.

“It’s always good when there’s a W next to your name but this was not the best performance at this event, but as long as I reach eight first then I’m happy.

“I started off well but I missed a stupid one ball in the side when it was 4-1 and from that point I let it slip away and made a few more mistakes.

“The shot clock kept bothering me as we hadn’t played with it earlier and when you play ten tournaments without it, it can be difficult.

“Ricky Yang is a very good player and was expecting a close match and he won the Philippine Open and is well known so I wasn’t expecting an easy one.”