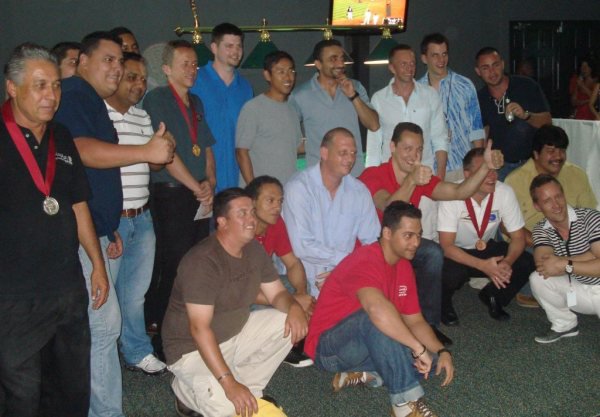 The beautiful country of Aruba, known for its blue waters and cool breezes was hit by a South Dakota wind by the name of Shane Van Boening. Van Boening took down the 1st Annual Ultimate 10 Ball Championship with a talented field of 45 players. The Ultimate 10-Ball was the brainchild of entrepreneur and now promoter Badi Nazhat. Nazhat’s goal was to rekindle the flame in Central America billiards with his Aruba event. To ensure security and faith of the players, Nazhat guaranteed the money for this event by putting his own money in an escrow account held by a upstanding financial firm. 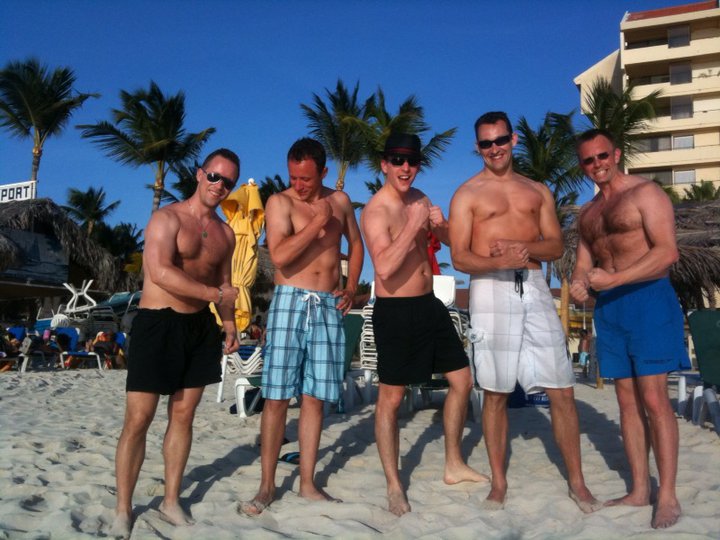 The Ultimate 10 Ball Championship was hosted by Hustlers Billiards and with $15,000 added, the tournament paid out over $30,000 including a $10,000 first prize. Top ranked players such as World #1 Mika Immonen, USA #1 Shane Van Boening, Ralf Souquet, Thorsten Hohmann, Niels Feijen, Charlie Williams, Mike Davis, and many more from all over the world made their way to Aruba for the event.

“It’s an honor to have so many top names coming to the event. This part of the world has never held so many world class players at once, and it’s been such a privilege for me to bring them all here. Next year I have already promised to make the Ultimate 10-Ball even bigger and better,” said Nazhat. 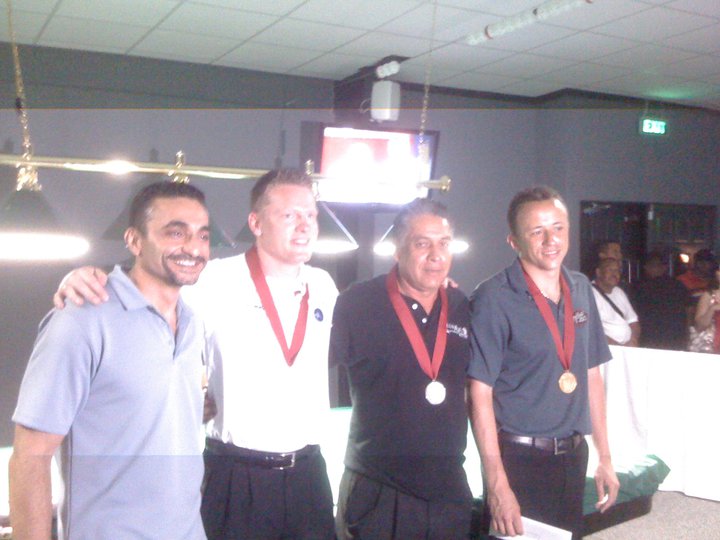 Some early rounds had some great matches including marquee match between Immonen and Souquet, where Immonen squeaked by from behind 8-6. Tony Crosby was upset by Venezuela’s Garcia 8-7 and Garcia almost took out Mike Davis before Davis came back for a 8-6 win. Charlie Williams drew a tough Mexican Champ Ignacio Chavez but handed him an easy 8-3 loss , but then succumbed to Germany’s Hohmann 8-6 the next round. In turn, Hohmann was crushed by Van Boening 8-2. Eventually Neils Feijen, Mika Immonen, Shane VanBoening, and Mike Davis cruised through the rest of the way to the final 4 undefeated in the winners bracket.  Feijen would move past Immonen after trailing 5-2 to win 8-7 to face VanBoening for the hot seat. Feijen and VanBoening battled back and forth until Feijen took what seemed treacherous 7-5 lead, but VanBoening bounced back and won five games in a row to claim the hot seat.

On the one loss side, Switzerland’s Marco Tsudi knocked out tough American David Grau 8-4, but in turn Tsudi was knocked out by Williams 8-2.  Former Danish Champion Peter Nielsen dusted off his cue and played well enough to finish in the top 16 of the event for the cash but was knocked out by Chavez, who was on a rampage through the losers side. The last Aruba player standing was former Pan American Champion Ditto Acosta who earlier fell to Immonen. Acosta once led 7-5 against Williams with strong vocal support from the crowd, but missed a bank on the winning 10-ball at hill-hill and lost 8-7. Acosta finished 9th, tied for the highest of all the Aruba and South American players. 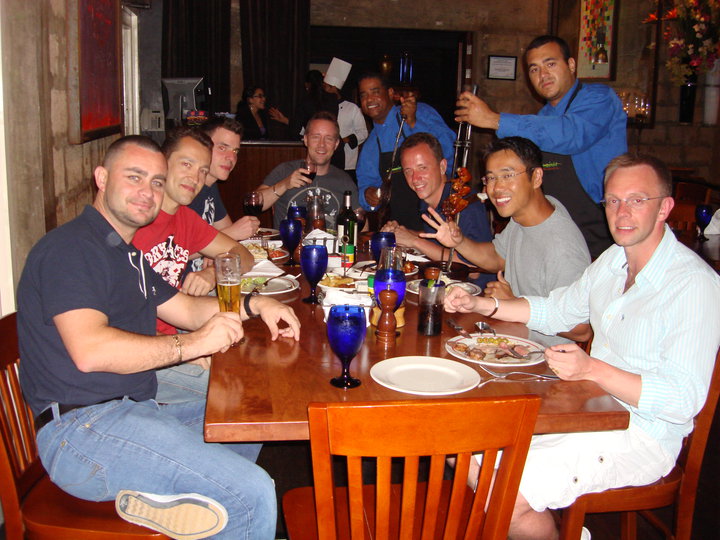 Ignacio Chavez the oldest competitor in the event who also lost his first match of the event, won a consecutive 8 matches in a row.  Chavez made it all the way back for a rematch with Williams whom he defeated this time 8-7, then knocked out Mike Davis 8-6, Thorsten Hohmann 8-6, and Neils Feijen convincingly 10-2 to face Van Boening for the final match.

Ignacio Chavez took a commanding 8-3 lead early on in the finals, race to 12. He extended this to 9-4 but then made several unforced errors and ever so slowly Van Boening crept back into the match. At 10-10 the room was pressure filled as Van Boening missed an easy 2ball, but Chavez could not capitalize and gave another game away. A ray of light again when Shane scratched off the break and gave an open table to Chavez. A hill hill match seemed inevitable, but Chavez scratched on his first ball in hand shot and Shane took the gift for a 12-10 win. This was Van Boening’s 5th straight tournament win in the past 5 weeks.

Many players decided to stay longer and extend their trip in Aruba. Players were seen at the beach, the pool, tennis courts and more. “Marco and Peter extended their stay and I tried hard to change my flight but couldn’t. I’ll do it in advance next time” said Immonen.
“My friends all asked me what Aruba was like. All I could say it was it’s right out of the movies. A beautiful place,” said Williams. “We’re all definitely coming back.”

The pros take a tennis showdown with each other

Bert Kinister filmed matches throughout the event , which should be ready to purchase on DVD by June at www.bertkinister.com. The tournament was run and directed by Zach Ballas from Texas. The tournament bracket is available at www.ultimate10ball.com. Keep your eyes open for more of these prestigious events in the near future.

“I’m committing to this tournament for the next five years. This tournament was my first one, and I’m just happy the players had a good time. I want to see these professionals elevated on a pedestal, and pulling it away from the bar scene,” explained Nazhat. He adds, “Next year and the year after, I will keep increasing the prize fund and opening the field to larger numbers. We will make this work and make the sport better.” 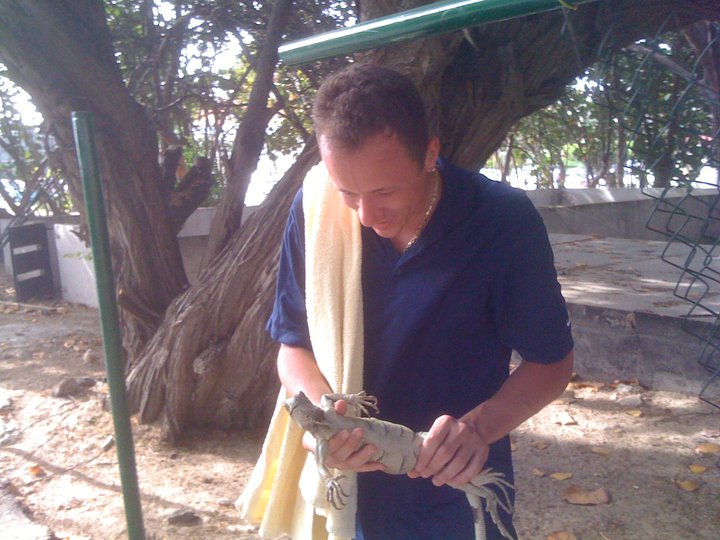