Shots with a Curving Cue ball 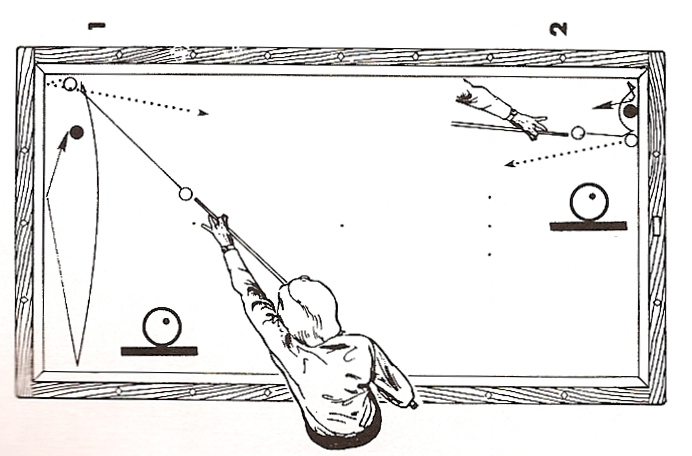 When a cue ball with topspin hits an object ball at an angle the carom path will be curved. Keep in mind that sidespin has practically no effect on the path of the cue ball off the object ball – it is topspin and backspin that introduce distortion. How far the cue ball travels from the object ball before its path begins to curve depends on how hard you hit it.

Shot 2- this is not an easy shot. It’s a double the rail with the curve ball curving around the second ball. Don’t shoot too hard or the cue ball won’t have time to dip into the corner for the third rail. I once saw Boston Shorty make this against Luis Campos with the cue ball at the other end of the table.