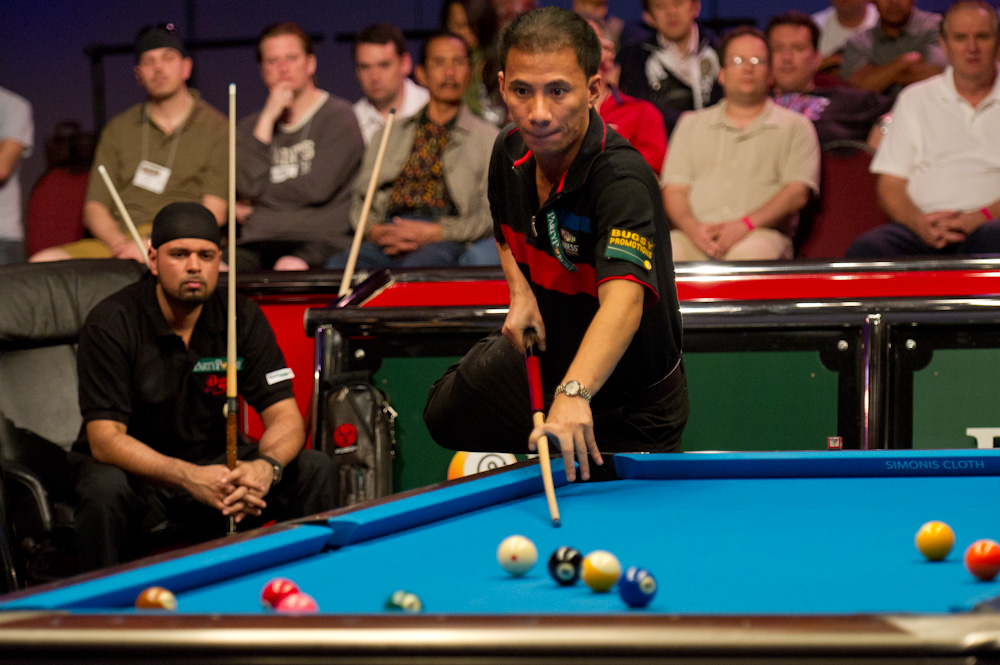 Orcollo First Man Through to Semis

ACTION CONTINUED at the PartyPoker.net World Pool Masters at the Riviera Hotel and Casino, Las Vegas as the final two quarter-finalists were determined and Dennis Orcollo became the first player to reach the semi-finals.

The standard of play was high throughout and in the opening match of the evening, Thomas Engert defeated Rodney Morris 8-5 to leave Charlie Williams the sole remaining US hope in the event. Engert, a two-time winner of this event in 2004 and 2007, clearly has the Masters mojo as he looked very comfortable throughout.

“That was the first time I’ve played well in this tournament. I broke well and the balls were on my side,” said Engert.

“Last year I played maybe seven or eight tournaments and that’s not enough. But now I’m playing on the Euro Tour and here and getting some momentum.

“Every time I play I feel better at the table and felt much better than at the first match. I’m not thinking about winning it yet. Everyone wants to win and in pool you have to wait for your chances.” 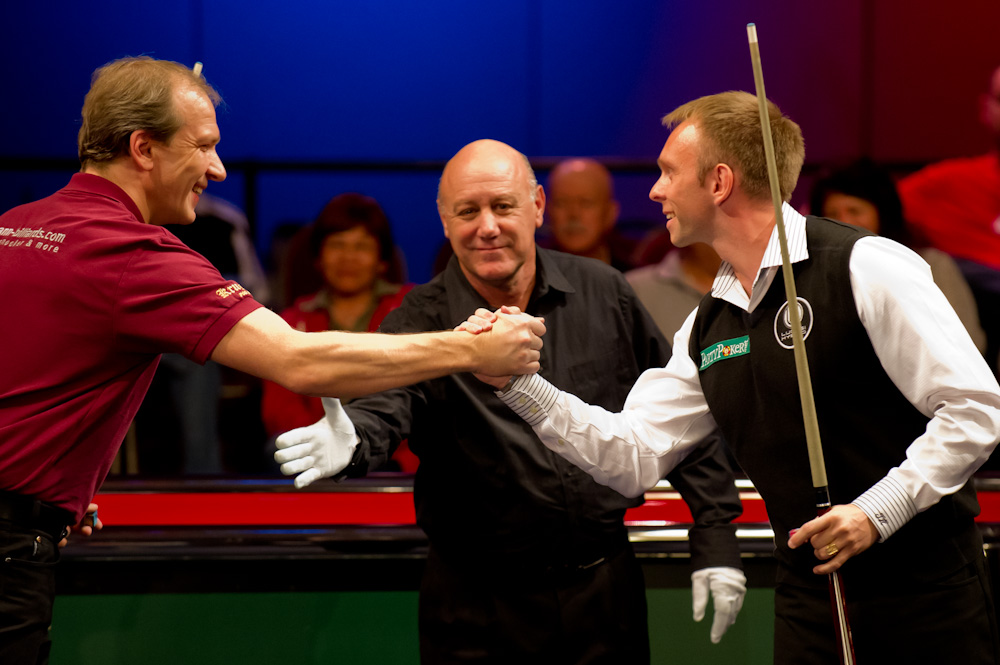 There was another guaranteed German in the quarter-finals as former World Champions Oliver Ortmann and Thorsten Hohmann squared off and it was 1996 WPC champ Ortmann who proved superior.

It was an excellent show from Ortmann who came from 4-1 down to complete an outstanding 8-6 victory.

“I didn’t do anything wrong but I was down 2-1 and then 4-1, but I just tried to concentrate on my own game and I was playing ok so that was the point of the match. I took my chances and was happy to do so,” said Ortmann.

“At the end of the day the victory was right as I was playing good and he was a bit lucky.

“I’m focused and feeling pretty confident. I’m just trying to do what I can and I feel really confident at the moment.

“I’ve played well against Darren Appleton, well against Bustamante and well here and I definitely have a chance to win the tournament.

“Thomas Engert played great against Rodney Morris so it’s going to be a tough match but I think I will have my chances.”

In the final match of the evening, Dennis Orcollo continued his rich vein of form as he overcame Canada’s John Morra 8-3 to book his semi-final spot.

Morra didn’t have that many opportunities but Orcollo will be hard to stop as he chases his first Masters crown.

“I played really well and I did everything. I won the first four games and I felt comfortable every time as I always had a shot. I had a lot of chances to clinch the game so I did.

“It was the same type of performance as in the other matches – I didn’t change my game so the momentum was always there. I was always thinking positively and my mind was focused.

“The competition is really great and the World Pool Masters is a wonderful event with so many top players so it’s been very hard to go into the semi-finals.”