The 5-ball bank is set up so that the angles from the first-rail contact point to the side pocket and the corner pocket are the same. Note how the axis of the cue passes over the middle of the corner pocket and how the 5-ball is aimed at the second diamond. Shoot softly and the shot will be bank into the side; the angle that the 5-ball goes into the rail is the same as the angle coming out. (Well, not quite, because the ball is aimed at the diamond, not at the point on the nose of the cushion opposite the diamond.) 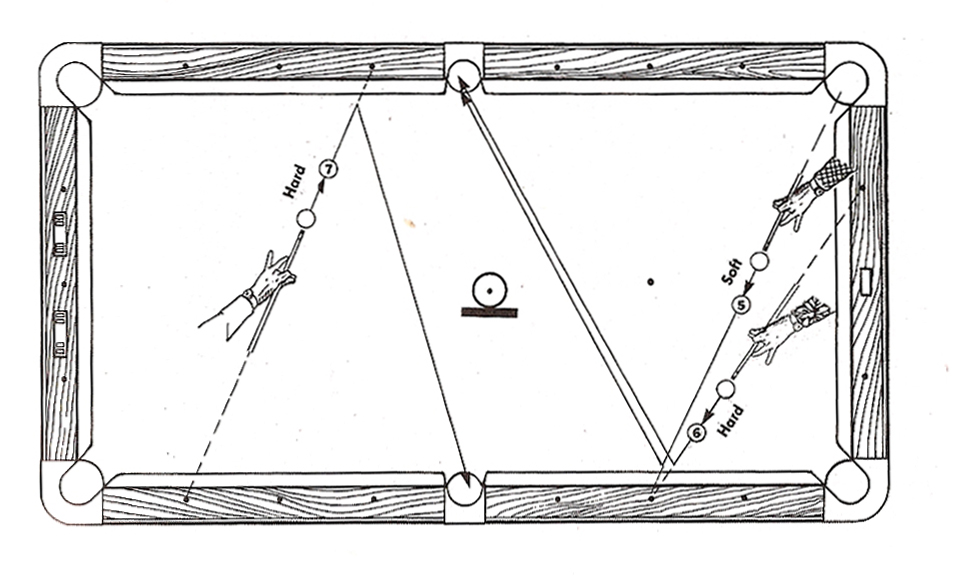 Now try the 6-ball bank. The axis of the cue passes over the first diamond on the end rail. The 6-ball is only six inches or so from the side rail. Shoot hard and the bank works.