Many if not most casual three-cushion players spend their lives without ever trying to leave themselves and easy shot. They think ahead in that they try not to leave the other guy anything.

On some shots, trying for position reduces the chance of scoring, but the risk may be worth it in the view of the award. When faced with a relatively easy shot think of position.

In this diagram the red ball is big in the corner, and with cue ball at A, this is a very easy shot, thanks to the size of the final target. An easy position pattern calls for driving the first object ball along the dashed path so that it ends up in the shaded zone, while at the same time making the cue ball land softly on the red. If both of these ends are accomplished, there will be another good shot the great majority of the time.

In other words, try to gather the three balls. If you can’t, try to leave the first object ball in the center of the table. If that isn’t practical, leave all three along a long rail. And if you can’t do that, drop the first ball into a corner 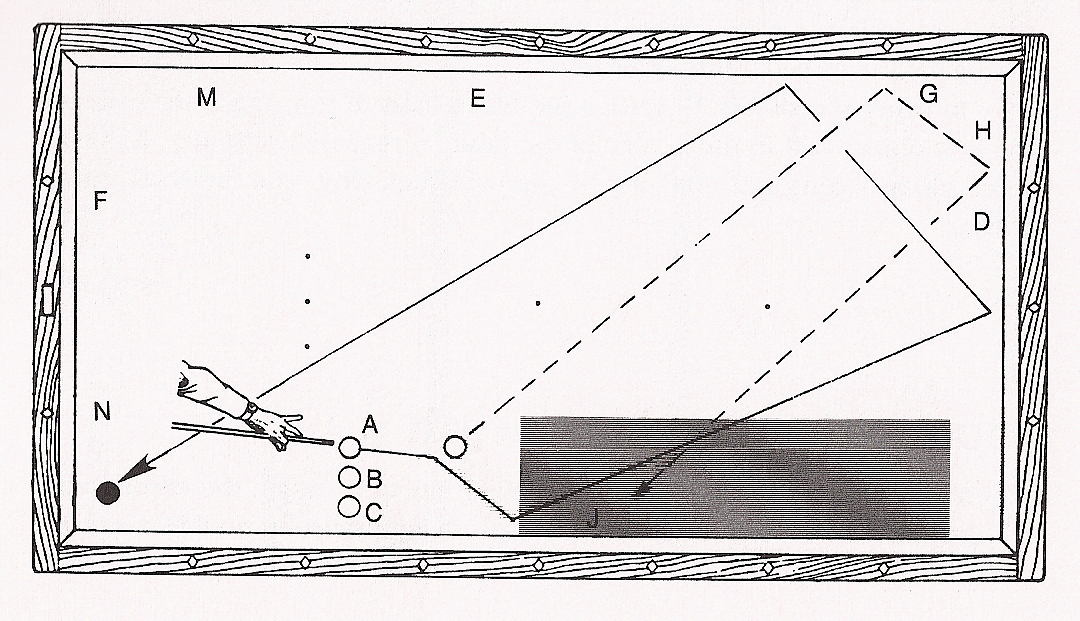