The American Cuemaker’s Association is proud to present its 2010 recipient of the prestigious Cuemaker of the Year Award.  The American Cuemaker’s Association (ACA) was established in 1992 to promote the American-made cue and cuemaker.  Beginning in 2008, the ACA initiated the Cuemaker of the Year Award to recognize an ACA member who has provided a top quality product in an ethical, honorable, and professional manner through the years. 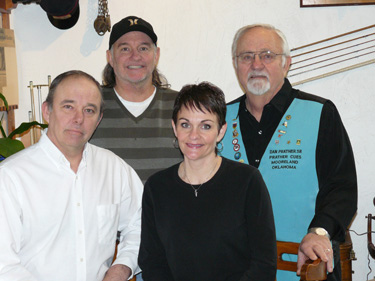 The 2010 winner is Prather Cue from Mooreland, OK.  Founded in 1978, the Prather family initially provided quality cuemaking components to cuemakers at a reasonable price.  Dan Prather was joined by his two sons, Daniel Jr. and Jeff, in the mid-eighties and cue making became an important part of the business.  By 1990 the Prathers had become renown for their cues as well as their cuemaking components.  With Dan Jr.’s computer skills, Jeff’s woodworking abilities, and Dan Sr.’s inspiration, Prather Cues really took off.  Dan’s daughter, Jennifer, has also been involved in the business since its inception.  Today Prather Cue makes a complete line of cues including many custom “one of a kind” beauties.  They also continue to be a leading supplier of cue components to many of the world’s cuemakers. 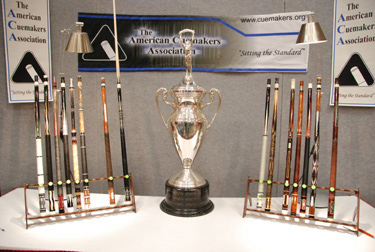 Also recognized at this year’s ACA banquet was the recipient of the People’s Choice Award.  This award acknowledges the cue buying public’s choice of the their favorite cue on display at the ACA booth at the Super Billiards Expo.  Every ACA member can display one cue of which they are especially proud.  Attendees at the expo had the opportunity to vote on their favorite cue.  The 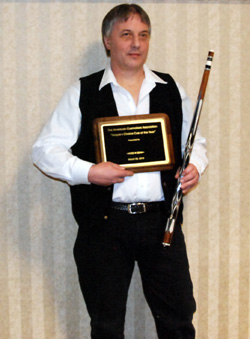 People’s Choice Award went to whose cue received the most votes and that went to Pete Tonkin of Tonkin Custom Cues Cues. 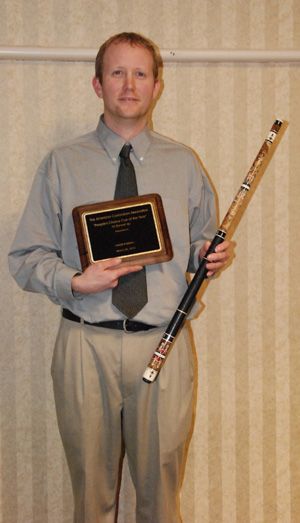 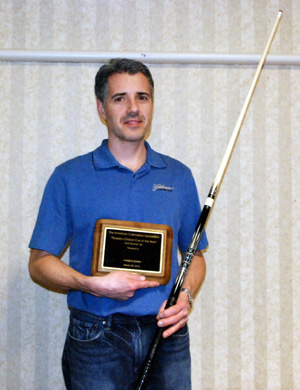