UPA Expands in Arizona
‘League of Champions’
PHOENIX, AZ (July 9, 2009) – The United States Professional Poolplayers Association’s (UPA) has recently launched its latest venture, a nationwide amateur league known as the League of Champions. The initial testing phase was performed in the state of Arizona, home of the UPA, and the results have provided a great starting point for the areas league operators. 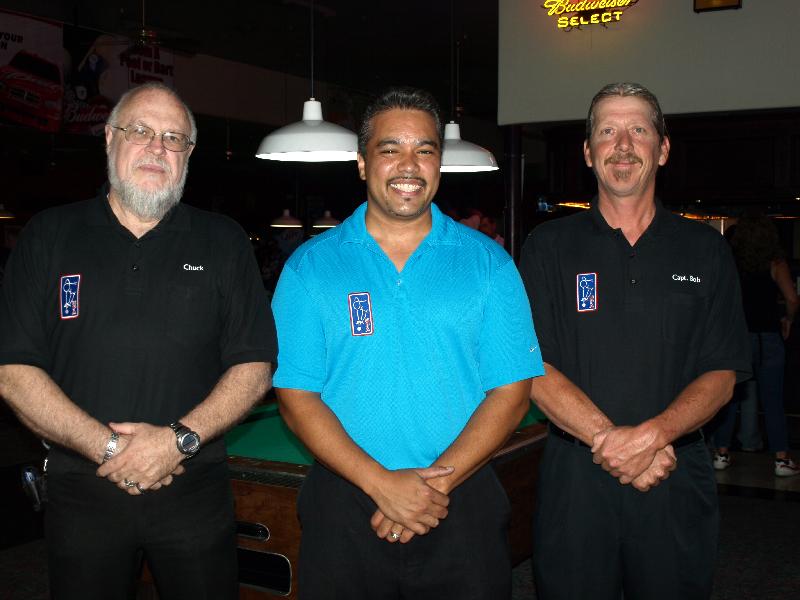 Running the Phoenix division of the league, Jason Bylsma and Roger Gokool, two of the original test-run members (which has become the norm of all of the directors):

“I love the UPA’s brand as well as what they’ve created for League Operators. Its fun, challenging, and good business all wrapped up in one. I could see from the beginning they were on to something.” – Jason Bylsma, League Operator, Phoenix, AZ

“The UPA amateur league is unique as all players have the opportunity to be a part of a national ranking system. The SSR has eliminated “sandbagging” and their Operator’s system brings an easy way of managing our league using the corporate computerized system. I’m proud to be a part of this league.” – Roger Gokool, League Operator, Phoenix, AZ

Find out what these two gentlemen are offering in their respective area by contacting them directly at www.upaphoenix.com or email upaphoenix@live.com Both Jason and Roger look forward to hearing from you.

In the Peoria and Glendale area, operators Chuck Webb and Robert Brown are running the show.  Former players in the UPA’s test divisions they both decided to launch the UPA’s west side at www.upawestvalley.com.

“I have played in every league out there today. The League of Champions system actually helps me become a better pool player and I want to help others enjoy this great league. I could see this league’s potential from the beginning and that is why I’ve become a League Operator. We are looking forward to expanding the west valley, come out and join us!” – Chuck Webb, League Operator, Peoria, AZ

“I enjoy playing UPA leagues, mainly because the people are fun and the challenge even greater. The SSR points out my strengths and weaknesses as a player. I look forward to expansion of UPA leagues in my area and I can see this easily happening across the nation.” – Robert Brown, League Operator, Glendale, AZ

And yet another participant, Don Dailey, of the UPA’s original test divisions jumps on board to handle remaining cities; Mesa, Tempe, and Chandler (website forthcoming).

“I watched United Parcel Service (UPS) in its beginning years before UPS offered continuous 48 state service – I was there to experience their growth pains and challenges for twenty years.  The UPA’s League of Champions reminds me of the exact same opportunity.  I knew from the beginning that the UPA League of Champions will be the premier amateur billiard league and I want to be a part of this organization.  It’s the perfect challenge for me and I look forward to a great future.  – Don Dailey, League Operator, East Valley, AZ

The UPA League of Champions continues to expand rapidly and with great enthusiasm by all involved in Arizona with availability remaining in Tucson, Sedona, Flagstaff to and more cities/states forthcoming. If you are interesting in pursuing a league both within Arizona or any other part of the country, contact the UPA to get started today.

If you would like to learn more about the UPA organization as a whole or are interested in more information about its league system, visit our website at www.upatour.com or to contact us directly with questions, please call (877) 788-7227 or email playupa@upatour.com.