The Billiard Education Foundation (BEF) crowned four winners in the 2009 BEF Junior National 9-Ball Championships. A total of 92 junior pocket billiard players gathered in the Bone Student Center at Illinois State University on July 23-26 to compete for the title in 4 divisions. In the 19-and-under boys’ division, Landon Shuffett of Greensburg, KY, sailed through the winners’ bracket, while Liz Lovely of Centerville, OH, went undefeated in the 19-and-under girls’ division. Brendan Crockett of Bell Canyon, CA, thrived in the 14-and-under boys’ division and Briana Miller of Allentown, PA, won her third consecutive title in the 14-and-under girls’ division.

Winning his third consecutive Junior National title, the previous two in the 14-and-under boys’ division, 15 year old Shuffett steadily climbed his way through the winner’s bracket.  Shuffett handily won his first four matches before facing the 2008 runner-up, Nick Tafoya, winning 9-5. Shuffett managed to maintain his pace by defeating Jesse Engel of Columbia Heights, MN, 9-6 before claiming the hot seat as the only undefeated contestant in the 46 player division. Engel’s made his trek through the winner’s bracket before taking a slight detour to the one-loss side after losing to Shuffett and thrilled the audience with a 9-7 win over Tafoya before getting back on track to play in the finals against Shuffett.  Shuffett trailed after the first 2 games, then, shifted gear to win the match 11-6, becoming the tournament champion.

In the 19-and-under girls’ division, Liz Lovely and Chelsea Hardwick went undefeated through the winner’s bracket before performing a thrilling hill-hill match with Lovely prevailing 7-6. Hardwick was determined to have a re-match with Lovely, but fell short to yet another heartbreak match, losing 6-7 to Jauslinn Arnold of Bakersfield, CA.  The fierce Arnold was making her way through the one-loss side after losing to Lovely in the second round, but came up short in the finals. Lovely took charge, winning the match 9-3 and seized the championship title.

In the 14-and-under boys’ division, it was Brendan Crockett and Bryce Lepak who fought for king of the hill of the winner’s bracket, with each losing a total of only 9 and 8 games respectively before facing each other in the 32 player division.  Crockett sent Lepak to the one-loss side to face Billy Thorpe of Dayton, OH. Thorpe marched through the one-loss side, winning 8 straight matches for a chance to do better than his second place finish last year. Crockett remained steady and completed his mission with a 9-5 win, earning the championship title.

Briana Miller faced a determined Taylor Reynolds of Waterville, ME, winning their first of two matches 7-5 before winning the final match 7-1 to earn the championship title.

In addition to trophies and prizes, the winners of the four divisions were awarded $1,000 in academic scholarship funds and earned a trip to represent the U.S. in the upcoming World Pool-Billiard Association (WPA) Junior World 9-Ball Championships, which will be held in Nicaragua this November. Second-place finishers in all four divisions received $500 in academic scholarship funds, trophies, and prizes. In addition, second and third-place finishers in the 19-and-under boys’ division will also represent the U.S. in the Junior World 9-Ball Championships.
A special “thank you” to all of the event sponsors who made the 2009 Junior National 9-Ball Championships possible: Billiard Congress of America, Brunswick Billiards, Simonis Cloth, Ozone Billiards, Aramith Billiard Balls, Dr. Cue Promotions, Delta-13.com, Illinois State University/Bone Student Center, ACUI, and BEF.  Also, thanks to all the product donors who contributed to the junior prizes. A list of donors can be viewed on the BEF website at www.Billiard Education.org.

A heartfelt thanks to all who helped make this event possible, including: Earl Munson, tournament director; volunteer referees: Rick Doner, BEF Board member, Charles Jaynes and John Taylor; Jerry Briesath for his expertise with the billiard clinic; Sarah Rousey for her inspirational talk at the banquet and challenge the pro matches throughout the event; and also, Melvin and Tammy Leonard for their assistance with the mini-tournaments and speed pool competition. 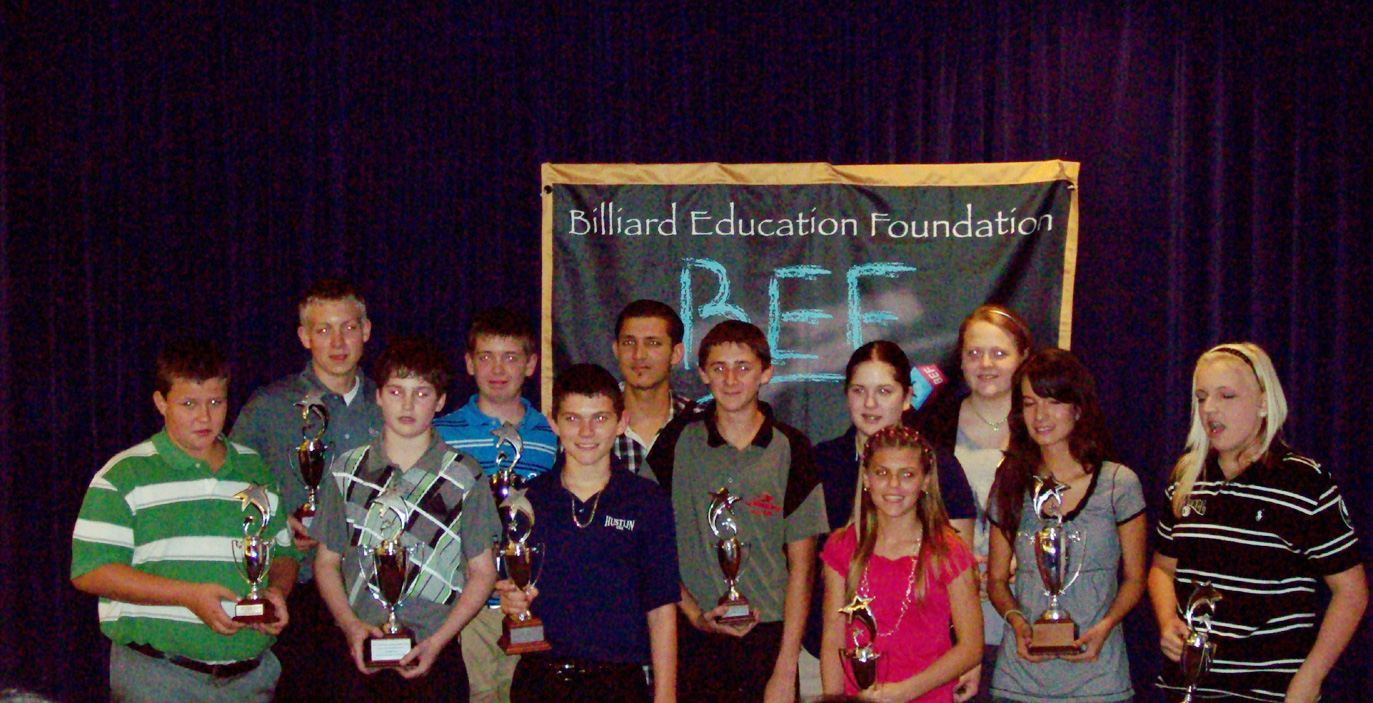 The Billiard Education Foundation is a 501 (c) (3) non-profit charitable organization committed to furthering the standard of excellence and leadership within the billiard community by engaging in activities related to the education and cultural advancement of tomorrow’s leaders.