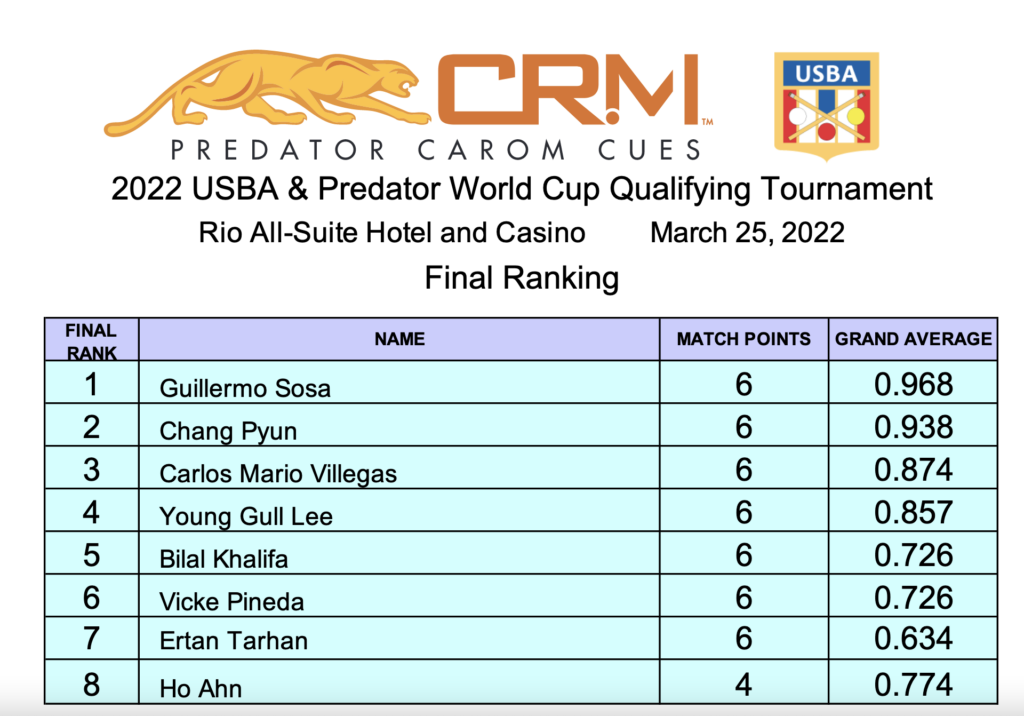 Attached are the World Cup Qualifier Results from March 25th.

Click on link below and keep scrolling to see 11 charts.

CLICK ON THIS LINK BELOW TO SEE THE MARCH 26TH RESULTS

Per the UMB eligibility rule, players residing in the United States who are members in good standing of the USBA are eligible for the qualifiers. In addition, the players must not be suspended by the CPB or the UMB.

WC Las Vegas is around the corner. By Bert Van Manen.  A quick reminder: the 189th World Cup will take place in Las Vegas (USA) from 27 March to 2 April. It’s the first time since 2003 that the USA hosts a World Cup.

The event takes place in the Rio all-suite Hotel and Casino, and the Five & Six organization will stream the tournament on YouTube.

This is a big deal for the USBA (the American federation) and for American players. Three (Pan)American players have been given a wildcard: Teran got the CPB/UMB wildcard, Piedrabuena and Patino the organizers cards.

It’s no secret that I’ll always root for Torbjörn Blomdahl to win the event (even if he’s in the winter years of his long career now). But the consolation prize is: if he gets eliminated, he might join me in the commentary booth. And that’s a treat for the fans.