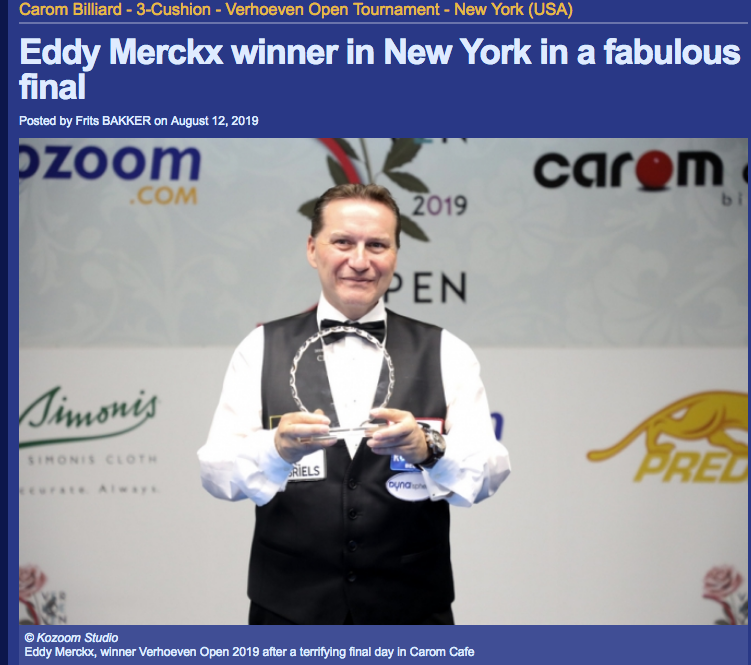 NEW YORK – On the final evening, Belgian billiard phenomenon Eddy Merckx raged with the power of a tornado through the Carom Cafe© in New York. Twelve victories in a row, unbeaten and a magic final shot crowned Merckx as the Verhoeven Open winner, the tournament that started with a hundred players and ended on Sunday with a final between two great champions. Eddy Merckx defeated Swede Torbjorn Blomdahl in a one-way final 40-40 in 10 innings after a final run of 18!! It was a symbol of his supremacy in New York. 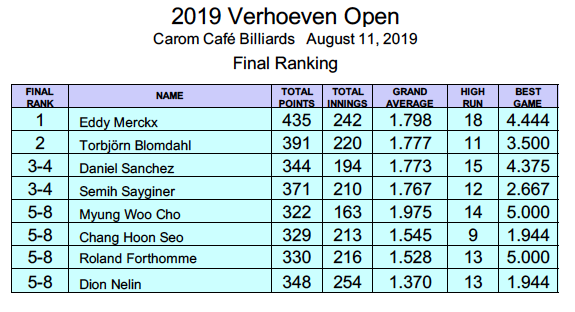 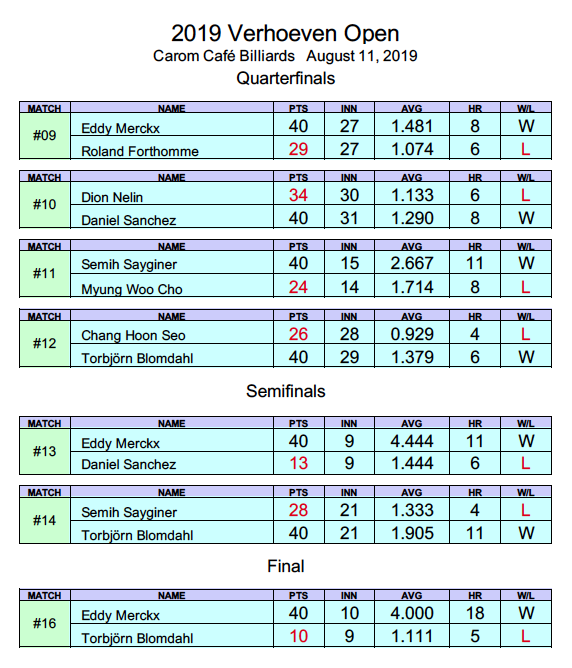 Click on link below to see all the Qualification Charts 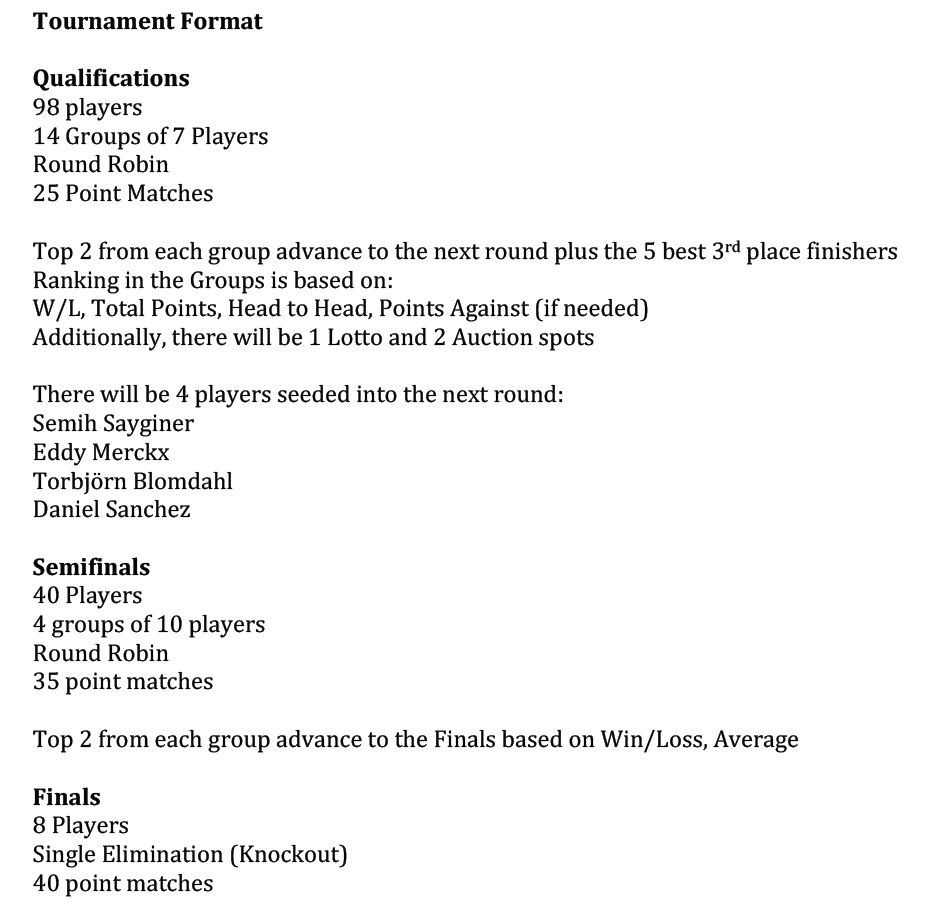