The 43rd partypoker US Open 9-Ball Championship broke off at Mandalay Bay Resort, Las Vegas on Sunday as a 256-player field of the world’s elite pool players began their quest to land one of billiard’s biggest titles.

The reincarnation of one of pool’s oldest majors, now promoted by Matchroom Multi Sport, began at 9am with 33 tables breaking in unison. Among the first to move to the winners’ side of the tournament was reigning champion Jayson Shaw, who got his tournament off to the perfect start with an 11-0 dismantling of German Marcus Westen.

Later in the day Shaw defeated fellow Brit Tom Staveley while American No.1 Shane van Boening is also still going on the winners’ side as is the tournament’s highest-racked female player, Siming Chen of China. 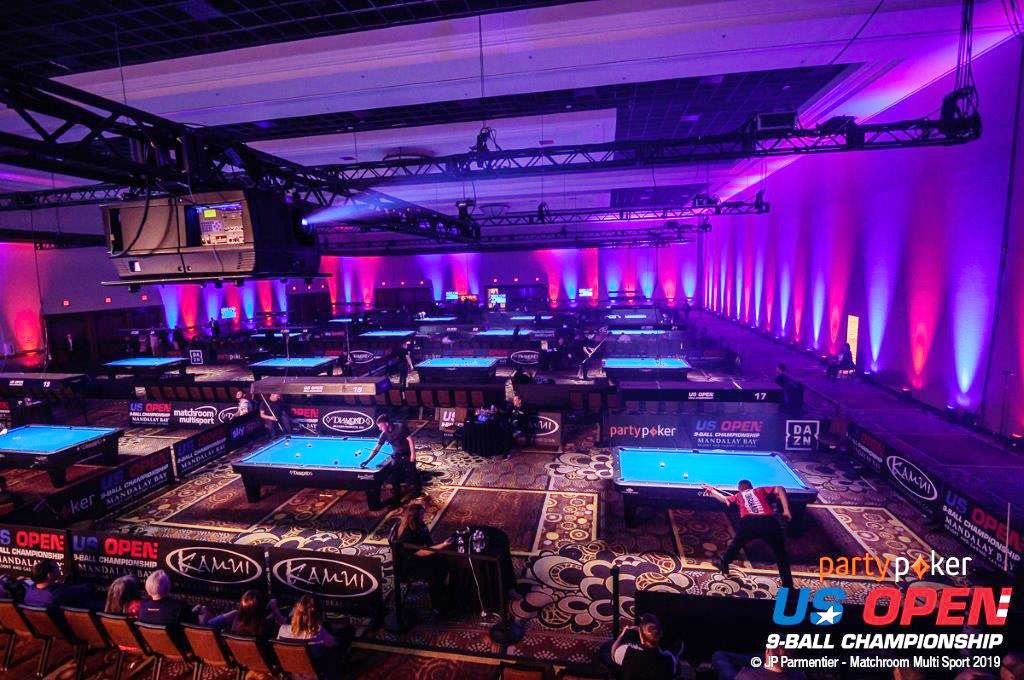 But there were a wave of early casualties as seeded players including previous US Open Champions Mika Immonen and Kevin Cheng fell into the losers’ side of the tournament. World Pool Masters winner David Alcaide and Mosconi Cup winners Skyler Woodward and Tyler Styer also have just one life left in this double elimination format and must now win eight consecutive matches to make the last-16 stage of the event.

The tournament feature table, streamed live at Facebook.com/USOpen9Ball, ended with a classic between two American legends as Dennis Hatch and Earl Strickland battled out a hill-hill thriller before The Hatchetman delivered a decisive blow to knock ‘The Pearl’ over to the losers’ side of the brackets.

Play continues at 9am local time on Tuesday. The US Open is split into two stages with the full field playing double elimination down to the final 16 from Sunday, April 21 until Tuesday April 23. From Wednesday April 24 until Friday April 26 the final 16 players will play straight knockout in the Diamond Arena with global television coverage including Sky Sports and DAZN.

All matches at the partypoker US Open 9-Ball Championship are race to 11, winner breaks, except the final which is race to 13. The draw and match schedule for the first stage of the tournament is available now at www.matchroompool.com. 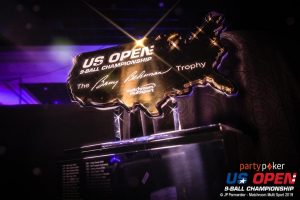 Players are playing for their share of a $300,000 tournament purse. The winner will take home $50,000, the famous US Open green jacket and the newly-commissioned Barry Behrman trophy.
Tickets for the 43rd partypoker US Open 9-Ball Championship are still available at www.matchroompool.com from as little as $10 with VIP packages also available for the final three days of the tournament.