It was another fiery start for Houston’s Ricki Casper who took the 31-player field by storm at the third Gulf Coast Women’s Regional Tour 9-ball event of 2016. Casper constructed a wave of destruction, taking down formidable WPBA Player Kim “Texas Heat” Pierce in the final, and going undefeated to win her second tour event of the season.

The event was hosted by Ariana’s in Houston, Texas, and along with tour sponsors Delta-13 Rack www.delta-13.com, and the APA of North Harris County www.facebook.com/apanorthharriscounty, facilitated a very successful event. Ariana’s catered to 31 Gulf Coast Tour players, offering free play on all bar tables, and providing free food for the entire event. The tour would like to thank Ariana’s owners, Minh and Bill Hammond, and staff, for their gracious hospitality and years of continued support!

On the battle field, 2015 Gulf Coast Tour Champion, Ricki Casper, fought her way through a distinguished field of talent, booking wins over Kasey Mikoljczyk, 7-0, Jennifer Dooley, 7-3, and Angie Payne. Teresa Garland made her way to the final four winners’ side, ousting D’Andrea McQuirter, 7-1, Tiffany Mundie, 7-3, and Theresa Gutierrez, 7-4. Gail Roles took down Lisa Pinkston, 7-3, Regine Delores, 7-3, and Yvonne Asher, 7-5. The final four winners’ side rounded out and the one-loss side took shape, as Theresa Gutierrez eliminated Loretta Lindgren, 4-3, Angie Payne ousted Tangela Hunt, 4-0, Tiffany Mundie overwhelmed Joyce Davis, 4-1, and Liz Mitchel overcame Yvonne Asher, 4-2. Back on the east side, Pierce defeated Roles, and it was Casper over Garland, 5-4. Casper went on to defeat Pierce for the hot seat, 5-4. On west side, Garland ousted Mundie, and Roles eliminated Payne, 4-1. Garland ended Roles, 4-2, but fell to Pierce, 4-1. With that victory, Pierce earned another shot at Casper, and the title. In the finals, both players remained focused until the bitter end. At 4-4, Casper pulled ahead to secure her second tour victory of the year. The tour would like to offer special congratulations to Gail Roles and Tangela Hunt, who achieved their highest finishes to date in their billiards careers, and welcome its newest members, Joyce Davis and Lisa Pinkston. Newcomer Joyce Davis also made a spectacular debut, finishing in the money in her first event. The Gulf Coast Tour looks forward to seeing many more outstanding accomplishments from its players!

The Gulf Coast Women’s Regional Tour is open to players of all ages and skill levels, however, the top 32 WPBA Exempt Professionals are not permitted to participate. The next event will be the Gulf Coast’s “WPBA 40th Anniversary Event” held on Saturday, June 11th, 2016, at Bogies Billiards and Sports Bar, located at 3040 FM 1960 E., Houston, Texas, 77073. For more information about the Gulf Women’s Regional Tour, please visit www.GulfCoastWomensTour.com. “Follow” us on Twitter @gulfcoasttour and “Like” us on Facebook @gulfcoasttour1.

The WPBA (Women’s Professional Billiard Association) is the governing body of women’s professional billiards in the U.S., and this year, celebrates its 40th anniversary. 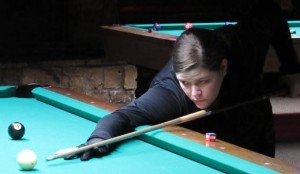 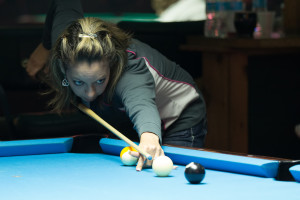 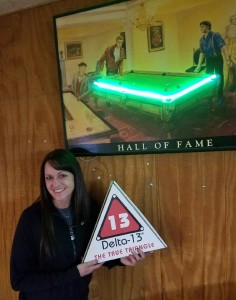 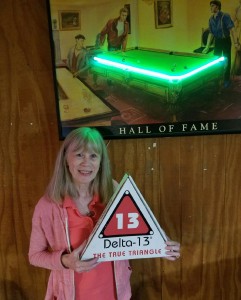