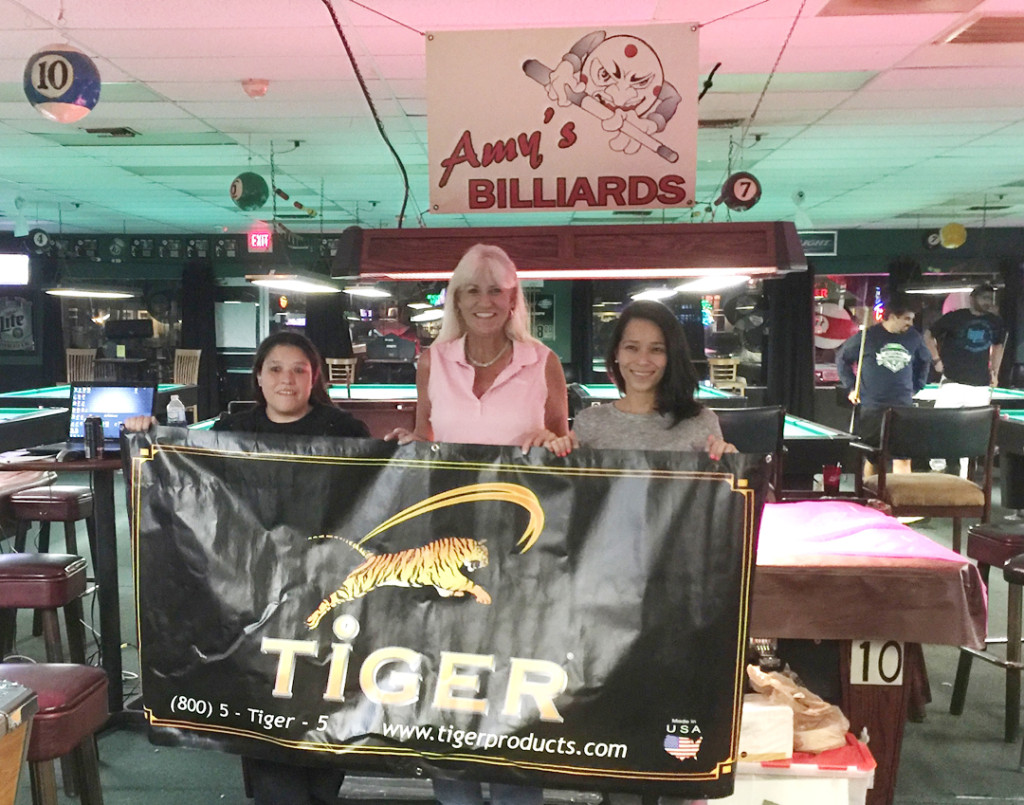 This event was a modified double elimination format, playing down to four players on each side. The four players on the one-loss side redrew into the winners side for a single elimination match. Seaver was flawless all day in the short races to five, defeating Irene Snelgrove 5-2, Cheryl Perez 5-2, Jeri Bouvette 5-0, Sue Roberts 5-2, Jessica Barnes 5-3 and taking the win 5-2 over McCormick. McCormick, who hasn’t played on the Tour since February defeated Sandy Change 5-1, Stephanie Mitchell 5-4, Marlene Houldsworth 5-1, Amy Poulter 5-2, and Julia Spinella 5-0 before losing to Seaver.

Seaver’s win also locked up the TFT 2015 Regional Tour Champion title, for the third time since the Tour’s inception in 2009, not including one tie with McCormick for the top spot.

McCormick’s second place finish earned her the paid Qualifier spot for the WPBA Masters at Soaring Eagle in February 2016.

A huge thanks to all of the players and spectators who devoted their time and money to support this event, including those players who brought friends to play for the first time. The monies raised benefit the South Florida Affiliate of Susan G. Komen for the Cure. A big shout out to Amy Poulter, owner of Amy’s Billiards, for being a great hostess of another great event! Thanks to those who donated prizes for the raffle and helped out with the fundraising: Janis Sessions, Amy Poulter, Hunter Lombardo, Tommy Kennedy, Dianna Sullivan, Tony Martz, Ulterior Chalkers and the South Florida Affiliate of Susan G. Komen for the Cure. As always, thank you to Tiger Products, our title sponsor; Ozone Billiards, Discount Mugs, Simonis Cloth, Boynton Billiards and Great Lakes Billiards for their year-long support of our tour. Kudos to Jerry Sotelo for his patience and hard work for another great year as the Tournament Director.

The Tiger Florida Tour is a WPBA-recognized Regional Tour, and a stepping stone to the Women’s Professional Billiard Association for women who want to play professionally. 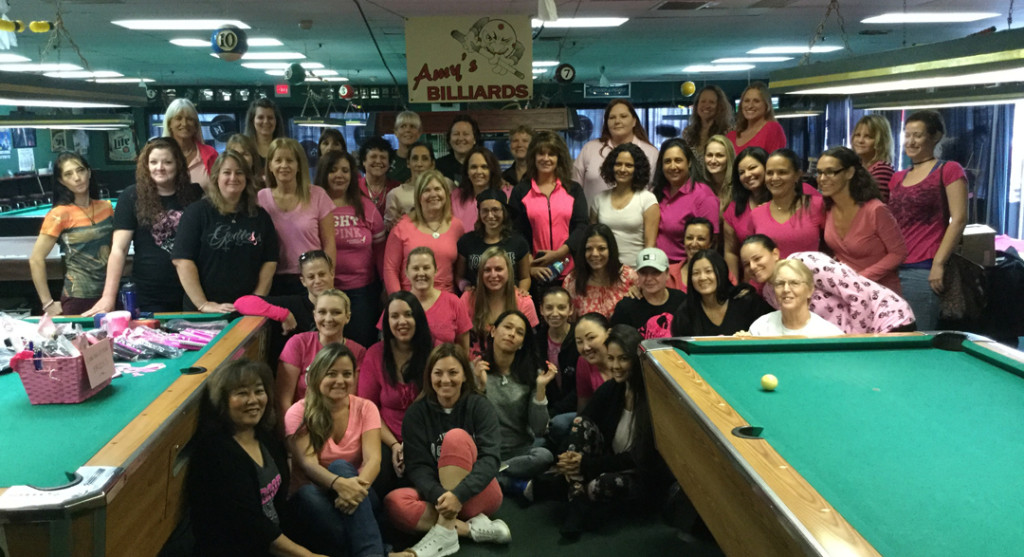