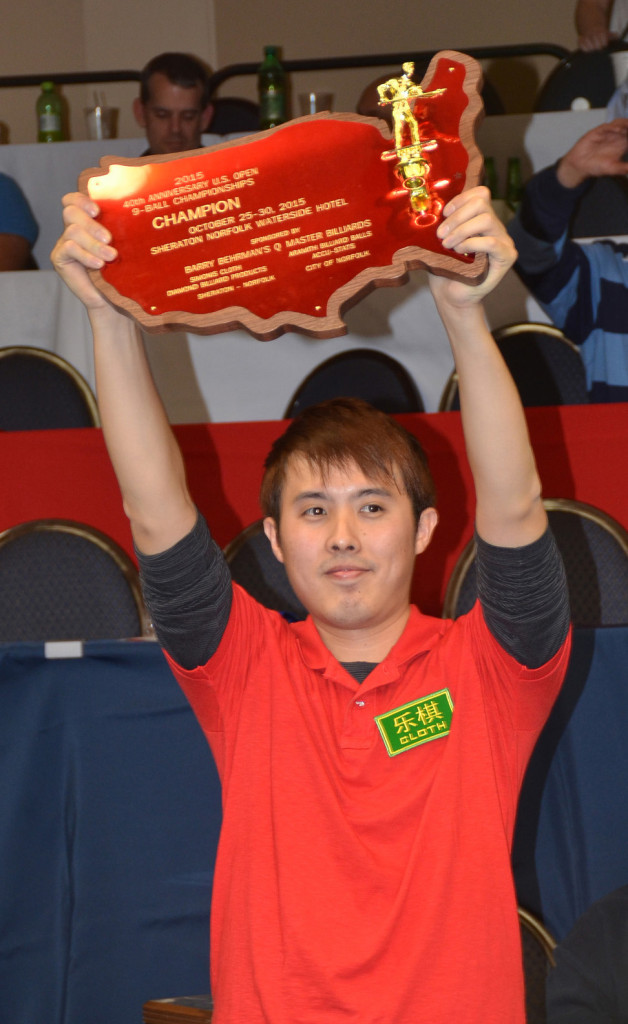 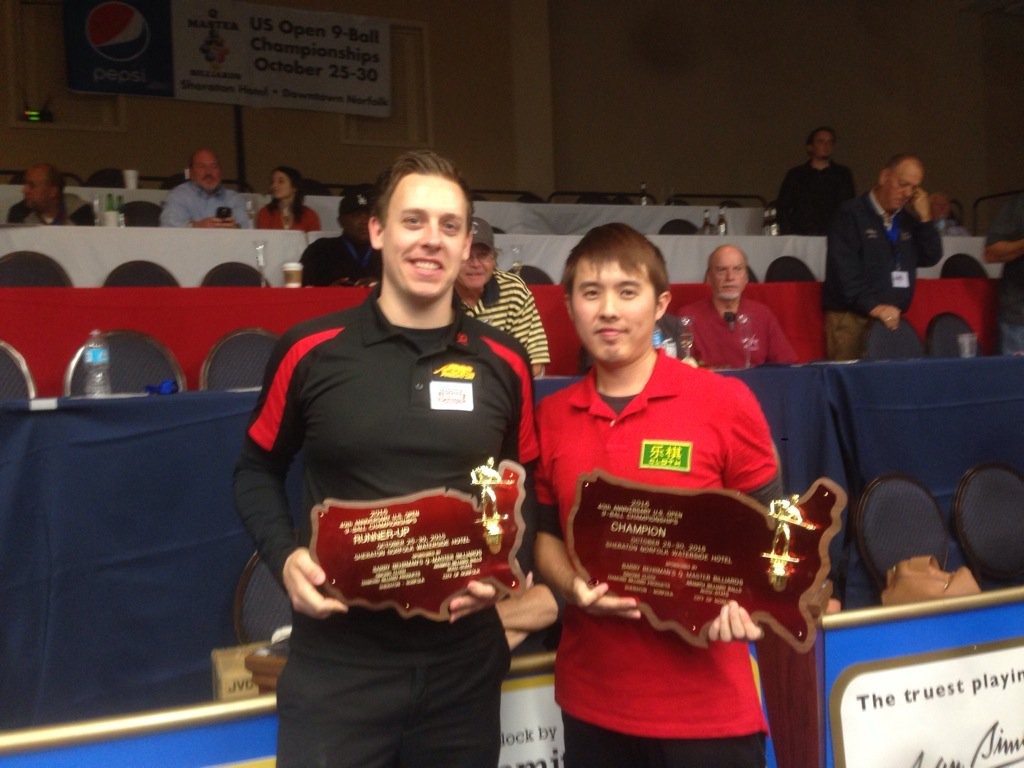 When the final day began at the U.S. Open, there were only four men left in action. The first to fall away was Ralf Souguet who lost 11-6 to Haitao Liu.  The hot seat match was not much of a contest. Yu-Hsuan Cheng dominated the  match and Karl Boyes only rarely rose from his chair. The final result was 11-3 and Karl could do nothing but await his opportunity against Haitao Liu.

Click on this link to visit  azbilliards.com for the rest of the results