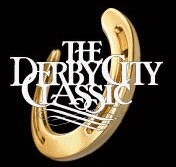 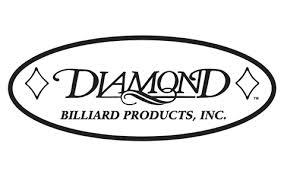 FOR IMMEDIATE RELEASE:
Derby City Classic Bigfoot Challenge Invitations Based on FargoRate
CueSports International, Henderson, NV (Oct. 13, 2015) – DIAMOND BILLIARD PRODUCTS INC., FargoRate, and CueSports International (CSI) are pleased to announce that the invitational 2016 DIAMOND Bigfoot 10-Ball Challenge will use FargoRate as the basis for inviting players! The 16-player, single-elimination event will be held January 22-25 at Horseshoe Southern Indiana Casino during the 2016 Derby City Classic. All matches will be played on a DIAMOND Bigfoot (10′) table. The entry fee is $1,000 with $16,000 added and only the best players in the world are invited to compete.
For 2016, 12 of the 16 players will be determined by Fargo Ratings. The top 12 players in the world, based on Fargo Ratings, will receive an invitation to compete. If anyone in the top 12 declines, the next player on the list will be invited. This will continue until all 12 spots are filled. The remaining four players will be invited at the discretion of DIAMOND. Shortly after the results of the upcoming US Open 9-Ball Championship are entered into the FargoRate database, the invitation process will begin.
DIAMOND Vice President, Chad Scharlow and Tournament Director, Jay Helfert immediately saw the value in having an accurate and universal rating system as a means for inviting players. Helfert explained that “it’s always difficult to determine who should be invited because there are so many deserving players. This gives us a way to objectively select the players without upsetting those not selected.”
FargoRate computes worldwide pool-player ratings by coupling game win/loss data from leagues, tournaments, and select challenge matches around the globe. Unlike any other system ever developed, it rates players everywhere on the same scale. A Fargo Rating of 620 means the same thing in Halifax, Nova Scotia as it does in Christchurch, New Zealand as it does in Phoenix, Arizona.

To learn more about FargoRate and to see the top 100 lists, visit www.fargorate.com. To lookup players in the FargoRate database, find a fair match between two players, or see the statistical odds of any match, visit http://fairmatch.fargorate.com/.
Look for the “powered by FargoRate” logo for leagues and tournaments that use FargoRate to select players, determine divisions, or set handicaps.