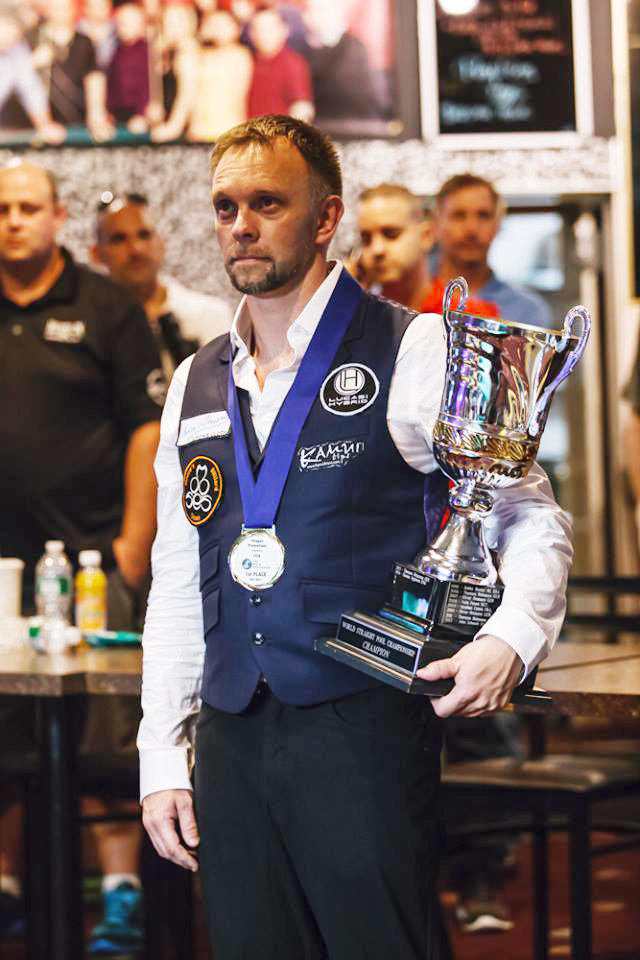 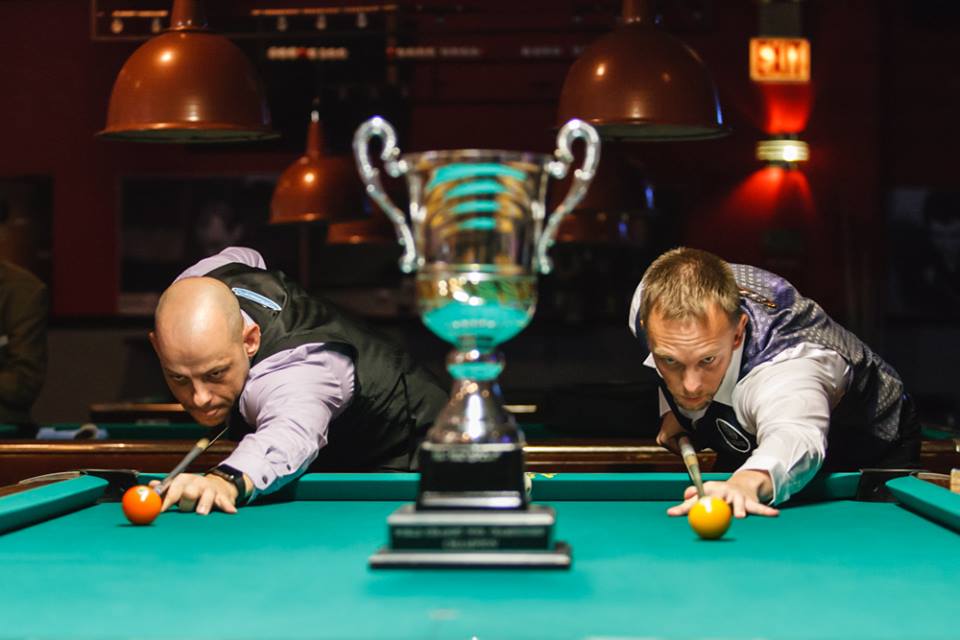 Appleton had now made it to three consecutive finals of the World Tournament of 14.1. Hohmann had made this an unprecedented 4th trip to the finals. Appleton had the chance to be the first ever non-American repeat champion. And he had not lost a match in the event since the 2013 finals lost to Hohmann. On the other hand, Hohmann had never been beaten in the finals of the World 14.1. One way or another, history was destined to be broken.

The match started with Hohmann winning the lag and Appleton making the opening break. Facing a long, difficult shot to start, Hohmann fired it in with authority and started his run. Looking confident and playing with vigor, there was a murmur in the air that a new world record may be set. But at 50 balls, Hohmann abruptly missed an easy shot. But the opportunity to still break Appleton’s 200-ball record still existed.

Appleton was unable to capitalize and ran only a 30-ball run giving Hohmann another chance. This time, Hohmann went on a 126-ball run but again missed an easy shot. This would force a mandatory intermission of 30 minutes.

When Appleton returned, again he was unable to sustain a long run, but this was when the comedy of errors begin. Both players went into limbo unable to get through multiple racks. But at one point Hohmann sustained a seemingly insurmountable lead according to the current level of play. But Appleton seemed to have the momentum as Hohmann’s game fell dramatically once he reached 200 points.

After 4 hours and 30 minutes of play, Appleton finally managed to level the match at 216 to 216. Appleton surpassed that with taking the lead for the first time and reached 232 to 216 before he missed.

Hohmann now took over and went on a run and eventually overtook the lead again, and then needing less than a rack, he shockingly missed once more leaving the door open for Appleton. Hohmann looked visibly dejected as he walked back to his seat, realizing he missed a golden opportunity to close out the finals. Now, he had to hope the reigning champion and 200-ball world record holder would not run a standard 56 balls.

Appleton looked ready for his chance. Then surprisingly, a miss. After gaining less than a rack of balls, Hohmann was back at the table needing only 13 balls to make history.

Running a few balls, and then successfully making a good breakshot, Hohmann faced the last 5 open balls on the table for the victory. And then another error, he missed position. Now facing a long, difficult pot, Thorsten gave a slight sigh and took a hard look at deciding to go for the shot or play safe. The shot was a hard but makeable cut. But if he missed, the cueball would break the rack wide open. But if he left an opportunity, Appleton could easily run the match out. Hohmann opted to end the championship right then and there and called the 5-ball.

With the score at 299 and the title in the balance, the shot had more pressure than anyone could imagine.

The 5-ball missed the target pocket by a diamond. The stack was split open like the red sea. Appleton would have his chance. If Darren would succeed in a 56 ball run, a mere morsel compared to what he has done so many times, then he would remain champion with an amazing 300-299 score. But it was not meant to be. The first shot he played resulted in the ball made, but also the cueball. Stunned, Appleton slowly went back to his chair and conceded the final shot to Hohmann. The match ended nearly 7 hours later.

“I got unlucky a few times but so did Thorsten. Of course I’m disappointed of the result because I have been playing well all week. But Thorsten deserves it. He is the best straight pool player in the world”, said Appleton in the aftermath speech.

“Darren has proven he is one of the best in the world in just a few short years. His patterns are perfect now”, said Hohmann. When asked if he was chasing the World 14.1 record of 10 wins by Ralph Greenleaf, Hohmann simply answered,” I just love straight pool. I keep playing for that reason.”

Complete group schedule at www.worldstraightpool.com for all matches.