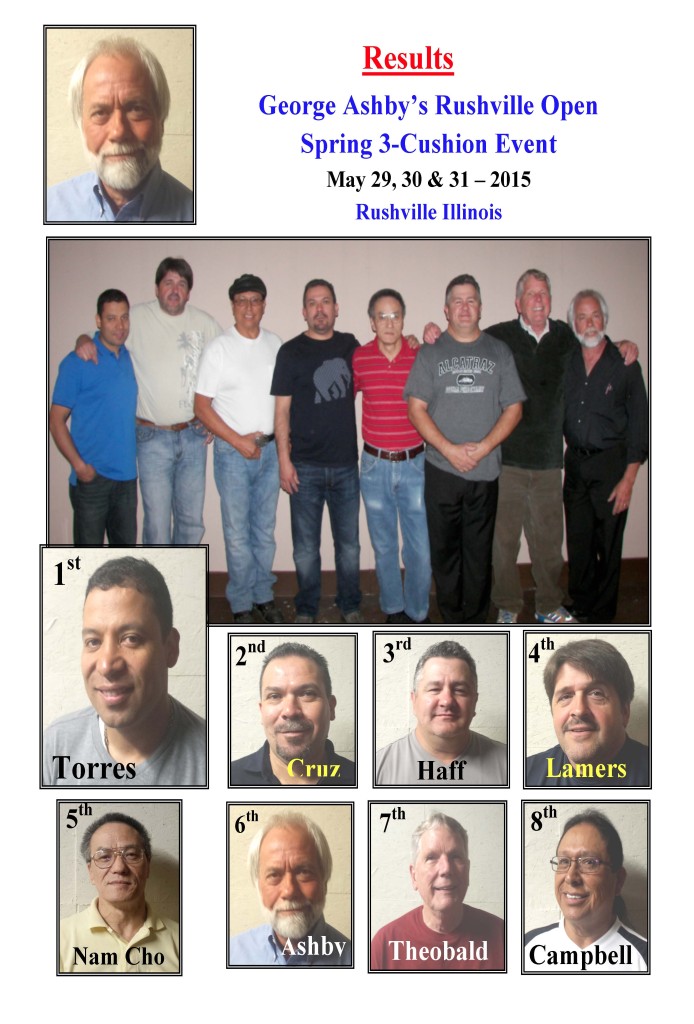 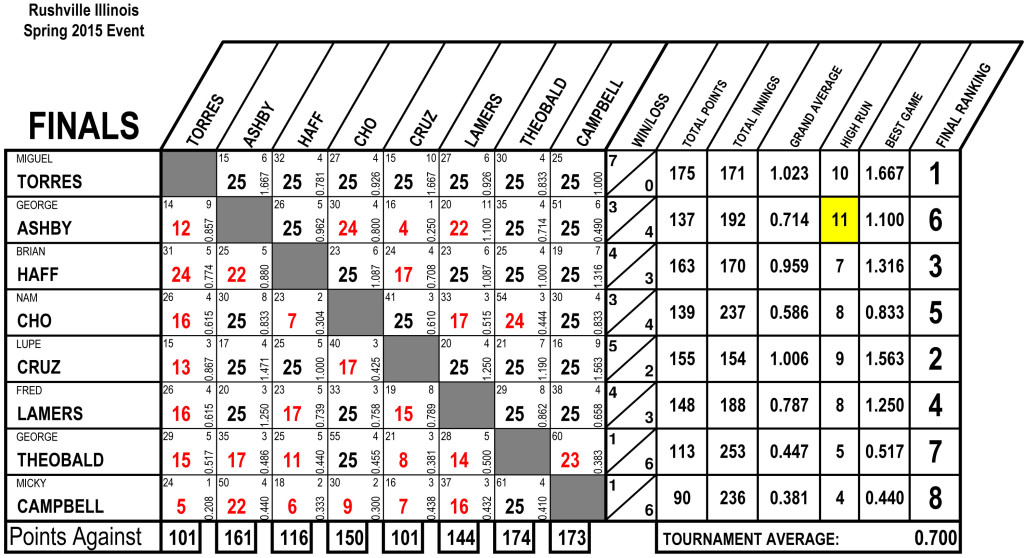 On May 29th Twenty-five 3-Cushion Billiard Players from seven states converged on Rushville, Illinois to do battle in host George Ashby’s 3-day event. Players came from the following states:

Rushville is typically a sleepy little town in west central Illinois but is fast becoming a hotbed for Three Cushion Billiards in the Midwest.

Flight B Undefeated Tournament Host George Ashby (IL), Lupe Cruz (IA) and Mickey Campbell (MN) also worked their way into the finals. Fourth Place finisher Ellis Lawrence (FL) missed the finals by 4 points but for his 6-point run Ellis did collect $275.00 for High-Run Out of the Money.

Flight C Rising star and future superstar Brian Haff (IL) went undefeated and Fred Lamers (MN), who suffered his only loss to Haff, placed 2nd in the Flight to round out the Finals flight.

The Rushville event in January was certainly a success. The May Rushville event was a HUGE success. A total prize fund of $5,825.00 was generated via entry fees and cash and merchandise donations.