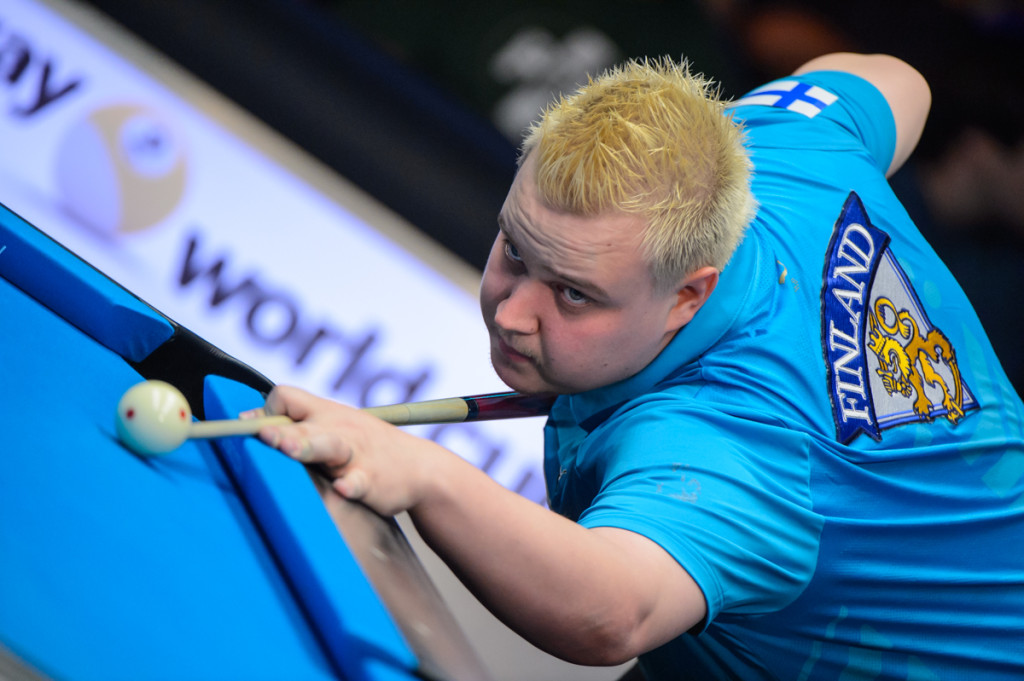 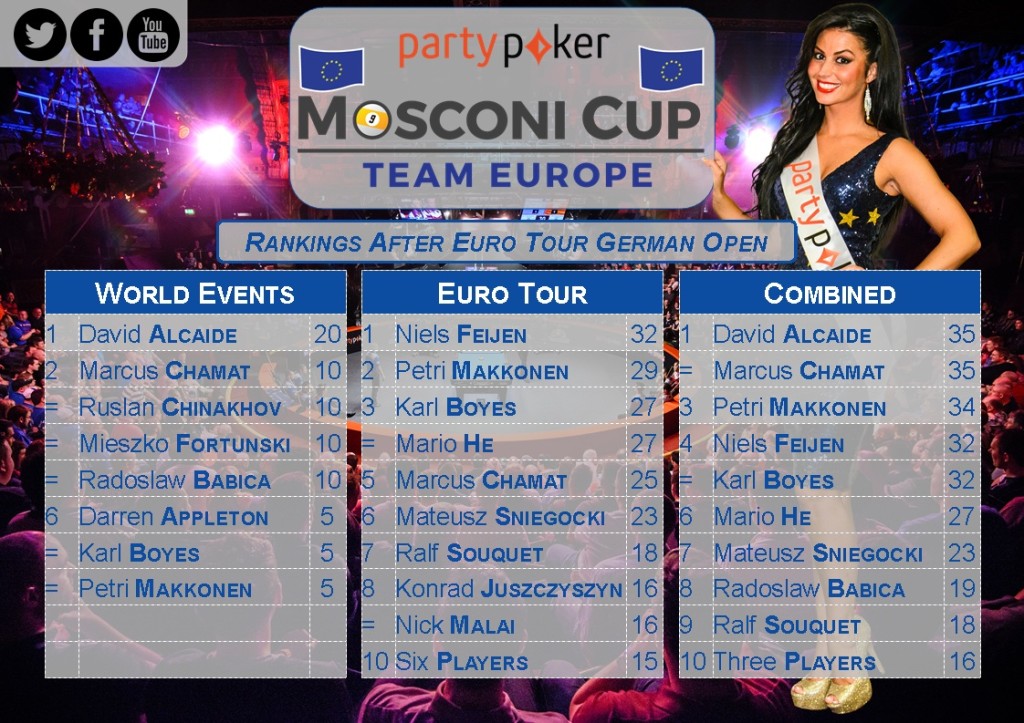 FINLAND’S PETRI MAKKONEN landed his maiden Euro Tour title in Germany at the weekend and as he crashed the European Mosconi Cup rankings and put himself in the frame for a December trip to Las Vegas. The 27 year-old Finn came through a stellar field at Baunatal and defeated Konrad Juszczyszyn of Poland in the championship match to claim the 20 ranking points.

The win put Makkonen into second place on the Euro Tour ranking list, three points behind Niels Feijen. He also moved into third position on the Combined ranking list, a single point behind joint leaders Marcus Chamat and David Alcaide.

There are three separate ranking lists in operation – the first comprised of a five event Euro Tour series; the second a four event ‘World’ series and the last a combined ranking of the two.

Makkonen has been making steady progress and was a winner of the 2012 World Cup of Pool with compatriot Mika Immonen. The same pairing won bronze medals at last year’s event in the UK.

US Open 9 Ball Championship at the end of October.

At the close of the qualification series, the No.1 ranked player on each of the three lists will be named as part of Team Europe as they look to defend their title in Las Vegas from 7th to 10th December.

World Ranking (after one event)