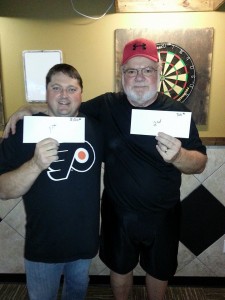 By virtue of Steve Strausburger also being the highest-finishing ACS member in the event, he qualified for a free 9-Ball singles entry into the 2014 Pure X ACS Nationals at the Tropicana Las Vegas – courtesy of the ACS.  The ACS wishes to thank sponsors Pure X Cues, Championship Billiard Fabric and Nick Varner Signature Cases for their support in donating “Value-In-Kind” product for this and all stops on the Pure X All American Tour. Sponsorship opportunities and tour stop openings are still available for the 2013/2014 All American Tour by contacting the ACS.

The ACS is a non-profit, national organization dedicated to heightening the interest and awareness of cue sports through the support and sanctioning of organized competition throughout the United States.