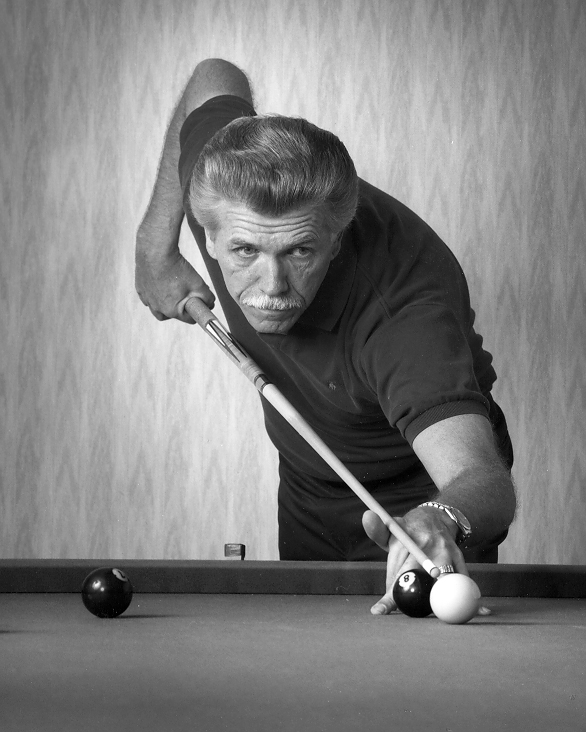 He will best be remembered however for bringing countless amateurs to the sport of pool through the APA Leagues. In the late 70s, Hubbart teamed with partner Terry Bell, to establish the vision for the APA Pool Leagues. That vision lead to an organization that today boasts more than a quarter-million active members and hosts the world’s largest pool tournament.

“We’re all extremely saddened by Larry’s passing. He was a great man who was dedicated to his family, his business and to the sport of pool. Larry fought a very courageous battle the past few years, and we hope he has finally found some peace. Our prayers go out to Nancy and the entire Hubbart family,” said APA President Renee Lyle.
Hubbart’s last public appearance came in October 2010, when he and Bell were inducted in into the Billiard Hall of Fame.
It was perhaps the crowning achievement for a life devoted to the sport of pool.
The APA, based in Lake Saint Louis, Mo., sanctions the world’s largest amateur pool league, known as the APA Pool League throughout the United States, and as the Canadian Pool League in Canada. Nearly 270,000 members compete in weekly 8-Ball and 9″‘Ball League play. The APA is generally recognized as the Governing Body of Amateur Pool, having established the official rules, championships, formats and handicap systems for the sport of amateur billiards.

The APA produces three major tournaments each year-the APA National Team Championships, the APA National Singles Championships and the U.S. Amateur Championship-that, together, pay out nearly $1.5 Million in cash and prizes annually!
The APA and its championships are sponsored by Aramith, Action Cues and PoolDawg.
For more information on the American Poolplayers Association, visit www.poolplayers.com.