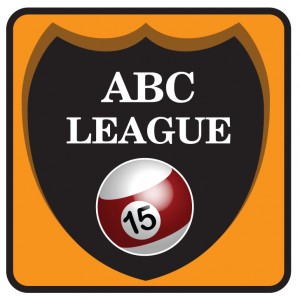 CueSports International, Henderson, Nevada, (June 7, 2013) – CueSports International (CSI) and Joe Tucker have joined forces to launch the new American Billiard Club League (ABC League).  The goal of this new league is to unite some of America’s best billiard clubs in an effort to provide a sensible formula for aspiring players to compete on a national level.

Some may call it a semipro tour since it is open to all players (no one is barred, based on ability) and there are no handicaps. Many of the players will be among the best players in their region. What you call it doesn’t really matter. What does matter is why CSI is promoting such a league. The goal of the ABC League is to provide 32 rooms and 256 aspiring players a smart and rewarding way to compete on a national level, without disrupting their normal family and job responsibilities.  After establishing the first group of 32 rooms, ABC League will expand into other regions of the US – allowing more billiard clubs and players to take advantage of this unique program.

The first session is scheduled to start July 1, 2013 – by uniting 32 billiard clubs on the east coast. Each club will be home to 8 of their region’s best players.  A session is a 7-week round robin with each member room hosting 4 matches per week.  The top 4 players from each club will move on to a one day, 16-player regional event in which they will earn their way (rather than pay their way) to a 2-day national event in which they will be guaranteed a minimum of $1,000.  This will be repeated up to 6 sessions per year.

This new united format does not depend on any outside support or sponsorship. We rely solely upon each other to be self-supporting, but we hope to form a product that is worthy of sponsorship.  We formed the ABC League because it simply needed to be done.  There must be an organized approach for the exceptional players to advance and compete in an effort to attain national status.  Long term goals call for national events up to 6 times a year; to improve our room member’s business by bringing in new customers; and to have a product our entire industry can be proud of – while creating the proper direction in which to point our future champion level players.

This is a very limited opportunity for the rooms and the players.  Only one facility will be selected in each city, and only 8 players will be selected in each room. There is no cost to the billiard room, and only $25 weekly to the players.  Every 8 week session will pay out $36,000 to 25% of the players. Rooms and players are encouraged to call Joe Tucker at (508) 840-6133, or Mark Griffin at (702) 719-7665 for additional information. The ABC League website will be launched and announced soon, in the meantime visit America Billiard Club League page on Facebook.