CHINA’S XIAOTING PAN MOVES ON TO THE FINALS
Pan Defeats Top Ranked Ga Young Kim in a 7-6 Thriller!
NIAGARA FALLS, N.Y. – China’s Xiaoting Pan won her first and last WPBA title of 2010, pocketing the final nine to the roar of a sold-out crowd in the WPBA’s prestigious year-end Tour Championships.

Enjoy the following blow-by-blow of the final match!
(Race to 7, alternate break)

Xiaoting Pan and Karen Corr both thanked the fans and sponsors, as well as special thanks to the Seneca Niagara Casino & Hotel, a first-time host site for the WPBA who thrilled players and fans alike with the outstanding event site, first-class accommodations and impeccable staff and hospitality! 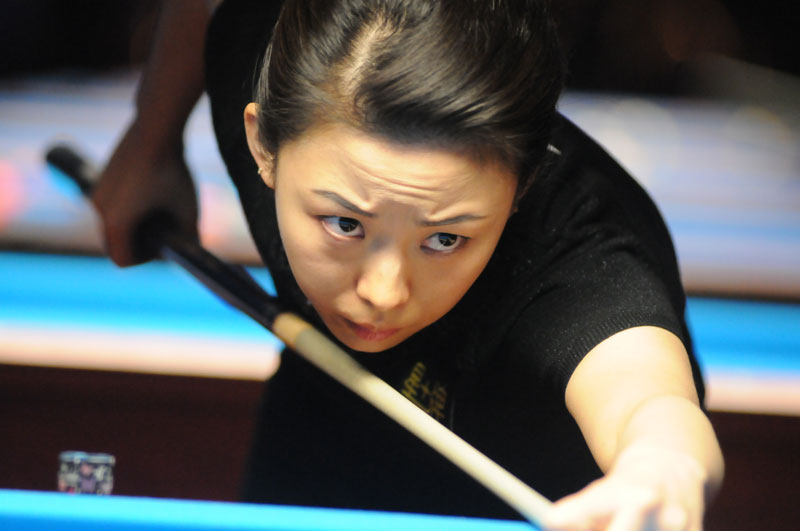