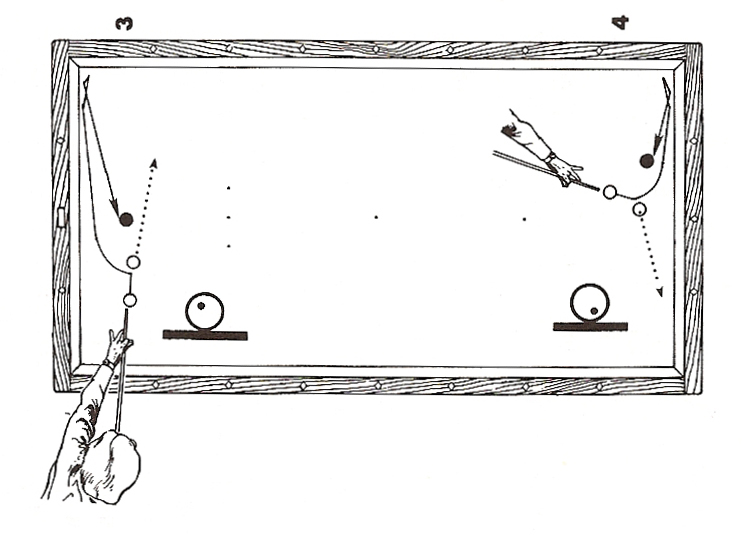 More shots with a Curving Cue ball By Robert Byrnes

Shot 3- demonstrates a common application of follow. Trying to double the rail by going thin off the white is impossible because the angle into the first rail would be too steep. With a full hit, however, the cue ball steps sideways before diving forward, hitting the first rail at such a shallow angle that the shot becomes relatively easy.

Shot 4- is similar to 3, but makes use of draw. The shot is surprising to beginners and laymen that it can be used for showing off.