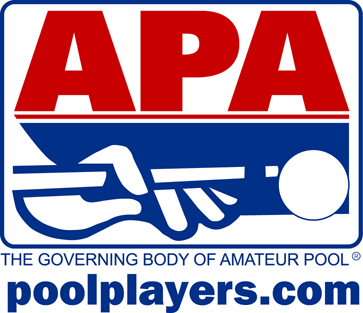 The final round of the 9-Ball Shootout featured three championship matches, one for each skill level tier, with two shooters in each match competing for $10,000 in cash and prizes.

In the Green Tier (Skill Levels 1-3), Tina Johnson of Fayetteville, N.C., defeated Alyssa Popiela of San Diego, Calif.  Johnson advanced to the finals after a semifinal round victory over George Merchan of Carrollton, Texas.  Popiela advanced to the finals after defeating David Halbritter of Albuquerque, N.M.  Merchan and Halbritter tied for 3rd Place.

In the White Tier (Skill Levels 4-5), Angel Palomarez of Tucson, Ariz., defeated Seth Prentiss of Newfield, N.J.  Palomarez defeated Shaun Bardell of Harvest, Ala., in the semifinal round to advance to the finals.  Prentiss advanced to the finals by defeating James Schenck Jr. of Paragould, Ark.  Bardell and Schenck Jr. tied for 3rd Place.

More than 3,300 poolplayers made it to the regional level of the 9-Ball Shootout before the field was whittled down to 265 men and women competing for 9-Ball crowns in each of three skill level tiers.

More than 6,000 APA members advanced to regional competition of the 8-Ball Classic, and just over 450 of those players advanced to the championship in Las Vegas.

In the finals of the 8-Ball Classic, four champions each took home a prize package worth $15,000 for their performances. 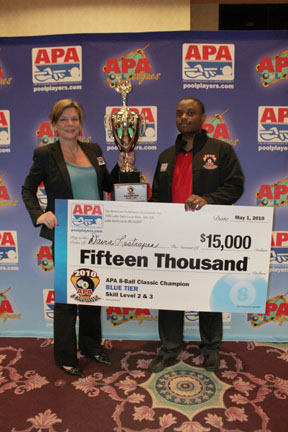 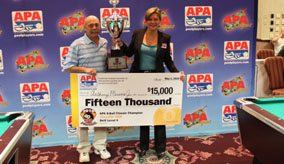 In the Yellow Tier (Skill Level 4), Anthony Marseco Jr. of Luzerne, Pa., defeated Spring Saylor-Gillis of St. Petersburg, Fla.  Marseco Jr. advanced to the finals by defeating Shanon Shackelford of Niles, Mich., earlier in the day in the semifinal round.  Saylor-Gillis defeated Patrick McGuire of Scranton, Pa., in the semifinals.  Shackelford and McGuire tied for 3rd Place. 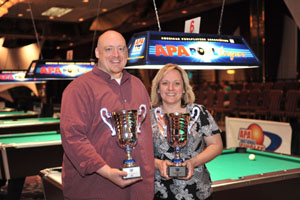 In the annual Jack & Jill Doubles Championship, held in the MiniMania Room during the Singles Championships, Gene Steele and Becky Orwig of Toledo, Ohio, defeated Justin Mixon and Michele Thrasher of Gordon, Ga.  Steele and Orwig took home $5,000, while Mixon and Thrasher received $3,000 as Runners-Up.

Sportsmanship Awards were presented to Amy Nevills of Waxhaw, N.C., and Victoria Clayton of Dry Fork, Va., for outstanding conduct throughout their matches in the 9-Ball Shootout and 8-Ball Classic, respectively.

The APA, based in Lake Saint Louis, Mo., sanctions the world’s largest amateur pool league, known as the APA Pool League throughout the United States, and as the Canadian Pool League in Canada.  Nearly 270,000 members compete in weekly 8-Ball and 9″‘Ball League play.  The APA is generally recognized as the Governing Body of Amateur Pool, having established the official rules, championships, formats and handicap systems for the sport of amateur billiards.