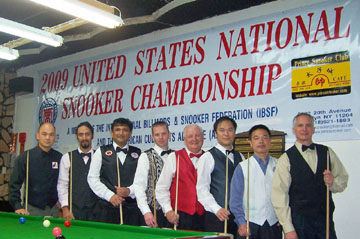 The final four semifinalists moved to their spots by virtue of match scores:

The USSA wishes to thank the Prince Snooker Club, owner Tommy Chen, host promoter Raymond Fung and director Alan Morris for all their efforts in making the National Championships a great success. The USSA will be determining the dates and location for the 2010 National Snooker Championships over the next few months. Information on the USSA and further match scores from the Nationals may be viewed at www.snookerusa.com.