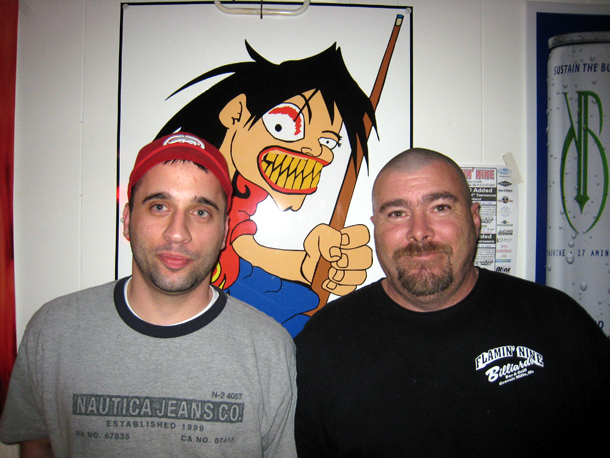 The Viking Cue 9-Ball Amateur-Advanced Division was won by James Eberhart in the second set of the double elimination format. Eberhart had made his way thru the chart undefeated until the first set of the finals where matched up against Gary Lutman who gave Eberhart his first taste of defeat with a score of 11-5. Eberhart came back with a vengence in set two 11-9 to take home the first place prize of $1130. Eberhart had previously defeated Lutman hill-hill in round 1. After sending Lutman to the left side of the chart Eberhart proceeded to defeat the following on his way to the finals: Jamey Martin 11-5; Troy Kirkendoll 11-7; and Cory Smith 11-7.

The Viking Cue 9-Ball Amateur Divison was won by local favorite Jamey Martin. Martin followed in Eberharts footsteps as he too went undefeated until the first set of the double elimination finals where he would lose the first set to Troy Kirkendoll 9-7 and fight his way back to take the win in set two 9-6. 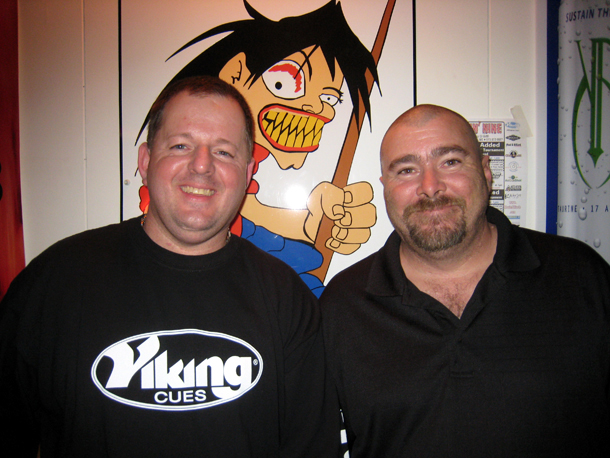